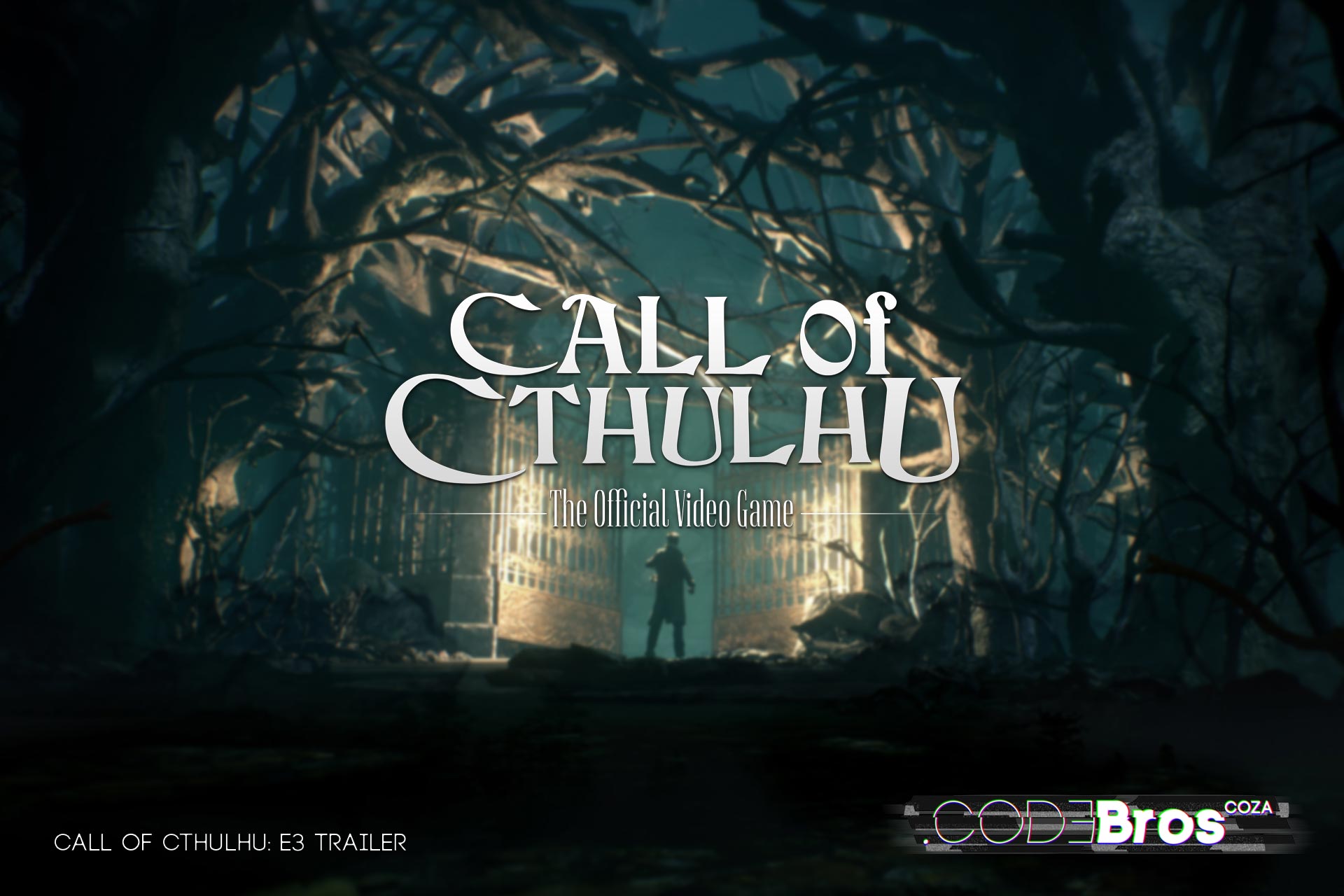 Call of Cthulhu, Cyanide Studio’s upcoming RPG-investigation game for PlayStation 4, Xbox One and PC, today unleashes its E3 Trailer. Plunge into the troubled mind of private investigator Edward Pierce, as his perception of reality becomes more and more skewed the closer he gets to the Great Dreamer’s sphere of influence. Clutch to your withering sanity to discover the conspiracies, the cultists and otherworldly terrors that inhabit the twisted universe imagined by Lovecraft… it is said that madness is the only way that can bring you to the truth.

Sent to Darkwater Island to uncover the truth behind a mysterious death of a family, your original assignment spirals out of control against a backdrop of suspicious locals, mutilated whales, and disappearing bodies. Pierce’s mind will suffer – balancing a razor-thin line between sanity and madness, your senses will be disrupted until you question the reality of everything around you. Trust no one. Creeping shadows hide lurking figures… and all the while, the Great Dreamer prepares for his awakening.

Call of Cthulhu will release on PlayStation 4, Xbox One, and PC.

Call of Cthulhu, the official video game adaptation of Chaosium’s emblematic pen & paper RPG developed by Cyanide Studios, is a RPG-Investigation title, packed with psychological horror and stealth mechanics for PlayStation 4, Xbox One and PC.

The Cthulhu Mythos has grown to become one of the largest shared universes ever envisioned, giving birth to countless stories, novels, and even movies ever since the original publication of Lovecraft’s The Call of Cthulhu.

The game will take players to Darkwater Island, a grim, disturbing place and let them control Edward Pierce, a former war veteran and private investigator in 1920s Boston. He will be investigating the tragic and mysterious death of Sarah Hawkins, an acclaimed artist who has recently moved with her husband and their family to Darkwater Island.

Call of Cthulhu will offer a dark and oppressive ambiance that shall pay tribute to Lovecraft’s work and universe. This banal investigation might indeed lead you to more sinister forces and darker secrets buried deep within Darkwater Island.