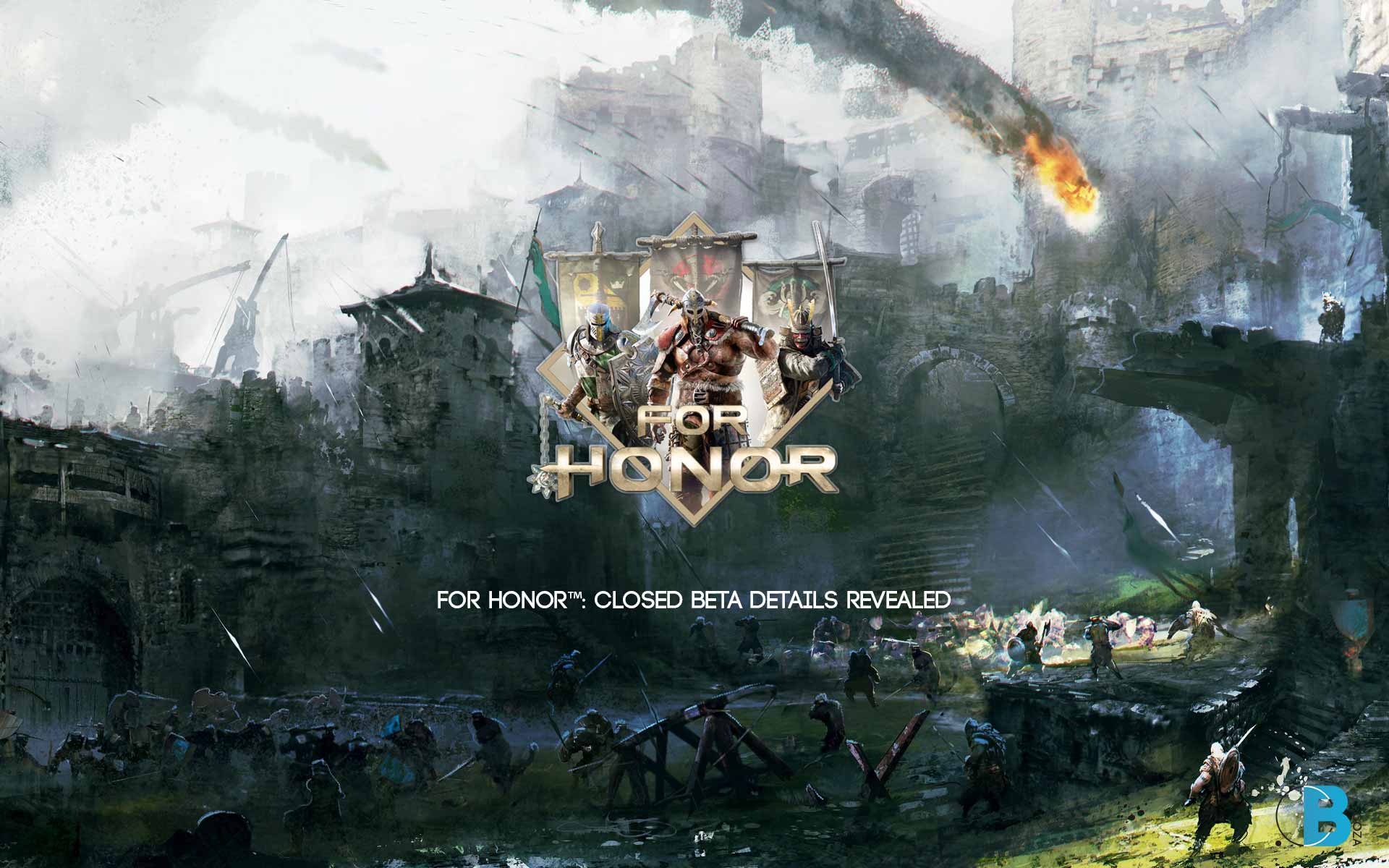 Have you been itching to see more about For Honor™?

The highly anticipated Closed Beta Content has officially been Revealed! Are you ready?

Today, Ubisoft revealed the content of the upcoming For Honor Closed Beta that will take place from January 26th to 29th 2017 on all platforms. Over four days, players will get the opportunity to experience new multiplayer content, new maps and new playable Heroes. In addition, Ubisoft has released SCARS, an interactive website that allows players to discover the stories of For Honor warriors and get rewarded with a Closed Beta code by completing the experience.

During the Closed Beta, players will be able to discover what kind of warriors they are by choosing between nine of the 12 different Heroes from the three For Honor Factions – the bold Knights, the brutal Vikings and the enigmatic Samurai. Each Hero is unique with its own playstyle, set of armour, weapons, skills and progression. Players will confront each other in three of the five fast-paced and intense multiplayer modes of For Honor: Dominion 4v4, Brawl 2v2 and Duel 1v1, while diving into six immersive and tactical environments including three brand new maps. Last but not least, Closed Beta players will have the chance to try out Faction War for the first time.

Faction War is the global, persistent and cross-platform event that brings to life the ongoing war between For Honor’s three factions, the Knights, the Vikings and the Samurai. Fans can sign up for a chance to participate in the Closed Beta at forhonorgame.com/war.

In SCARS, For Honor’s new digital experience, every scar of every weapon tells the story of the intense and bloody combat fought against great warriors. Warden, Kensei and Raider warriors are brought face-to-face in 12 unique and exclusively-realised videos. In order to honour their Heroes, participants are invited to select and customise the weapon that best represents their warrior souls. Choosing the Sword, the Axe or the Nodachi, players are able to customise three elements of the weapon, with over 192 combinations possible. Once armed, players can join the unending cycle of war and obtain their Closed Beta code. To access Scars, please visit: www.forhonorgame.com/scars

For more information about For Honor, please follow us on Facebook at facebook.com/ForHonorGame and on Twitter at twitter.com/ForHonorGame. To learn more about other Ubisoft games, please visit ubiblog.com.