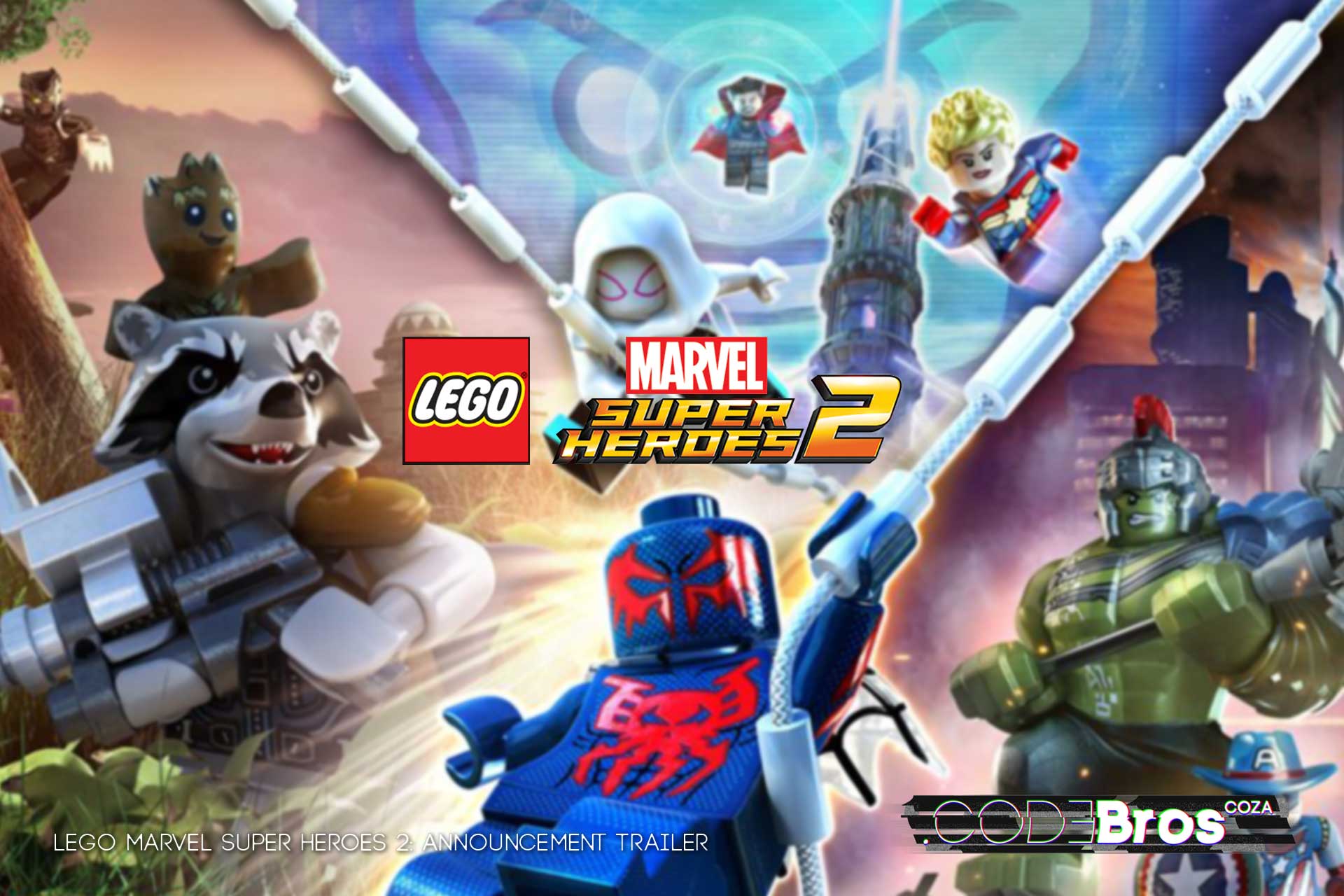 Let’s Brick into the Swing of things… erm, we mean, well you know what we mean! We are so excited about Lego Marvel Super Heroes 2, and we just had a look at the Trailer!

LEGO® Marvel Super Heroes 2 is an all-new, epic adventure and sequel to the smash hit, LEGO® Marvel Super Heroes. This original branching storyline, co-written by comic book veteran Kurt Busiek, transports players into a cosmic battle across a myriad of Marvel locations ripped from time and space into the incredible open hub world of Chronopolis. Packed with signature LEGO® humor for fans of all ages, gamers will go head-to-head with the time-travelling Kang the Conqueror through Ancient Egypt, The Old West, Sakaar, New York City in 2099 and many other Marvel settings.

LEGO® Marvel Super Heroes 2 will be available starting November 14, 2017 for PlayStation®4, Xbox One, and PC. The game will be released for Nintendo Switch™ during this holiday season.

Packed with entertaining LEGO humor for fans of all ages, LEGO® Marvel Super Heroes 2 features a four player multiplayer mode, allowing friends and family to play competitively or cooperatively as a team.

About Marvel Entertainment
Marvel Entertainment, LLC, a wholly-owned subsidiary of The Walt Disney Company, is one of the world’s most prominent character-based entertainment companies, built on a proven library of over 8,000 characters featured in a variety of media over seventy years. Marvel utilizes its character franchises in entertainment, licensing and publishing. For more information visit marvel.com.

About The LEGO Group
The LEGO Group is a privately held, family-owned company with headquarters in Billund, Denmark, and main offices in Enfield, USA, London, UK., Shanghai, China, and Singapore. Founded in 1932 by Ole Kirk Kristiansen, and based on the iconic LEGO® brick, it is one of the world’s leading manufacturers of play materials. Guided by the company spirit: “Only the best is good enough”, the company is committed to the development of children and aims to inspire and develop the builders of tomorrow through creative play and learning. LEGO products are sold worldwide and can be virtually explored at www.LEGO.com.