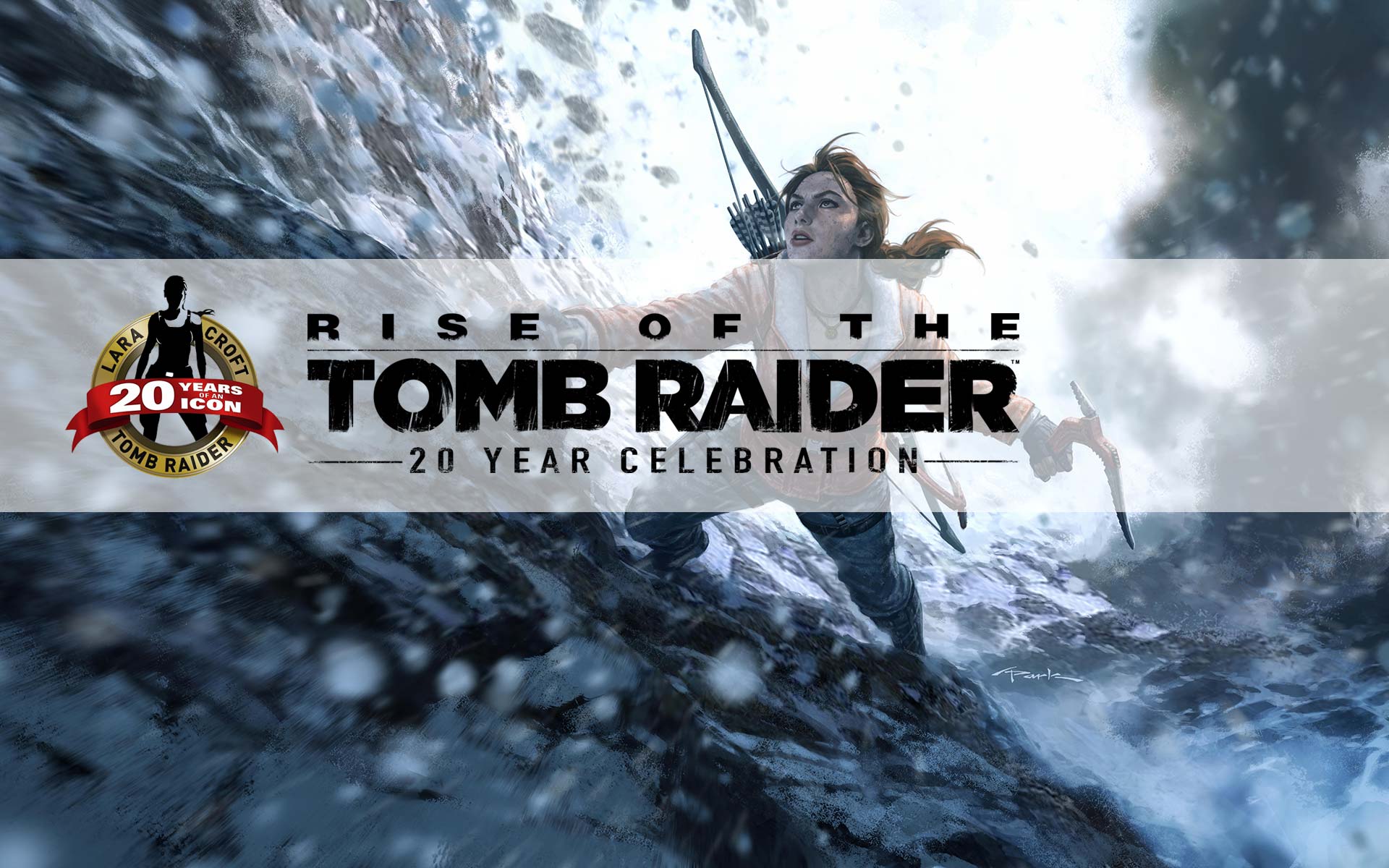 Square Enix®, Crystal Dynamics®, and Nixxes Software today announced that Rise of the Tomb Raider®: 20 Year Celebration™ is now available for the PlayStation®4. In addition, the new content will be available for Xbox One and PC Season Pass owners. In Rise of the Tomb Raider, Lara becomes more than a survivor, and embarks on her first Tomb Raiding expedition in search of the secret of immortality. She’ll explore a vast and hostile world, engage in guerilla combat, and discover deadly tombs.

Watch the launch trailer for Rise of the Tomb Raider: 20 Year Celebration and view an infographic for the Year of Tomb Raider.

[miptheme_quote author=”said Yosuke Matsuda, President and Representative Director of Square Enix Holdings Co., Ltd.” style=”text-center”]Tomb Raider is one of Square Enix’s crowning achievements, and I am proud of the many adventures we’ve taken with Lara Croft over the years, particularly with Rise of the Tomb Raider, we plan to continue Lara’s enduring legacy by exploring new and innovative ways for players to experience her character and story.[/miptheme_quote]

Rise of the Tomb Raider: 20 Year Celebration is the most comprehensive version of the award-winning experience, and includes Rise of the Tomb Raider, along with a host of completely new content such as the new story chapter “Blood Ties,” “Lara’s Nightmare” zombie combat mode, PlayStation® VR support for “Blood Ties,” co-op Endurance gameplay, an “Extreme Survivor” difficulty, five classic Lara skins, and an outfit and weapon inspired by TR III. It also includes all of the previously released downloadable content such as the critically acclaimed “Baba Yaga: The Temple of the Witch,” “Cold Darkness Awakened,” 12 outfits, seven weapons, multiple Expedition Card packs, and more.

“Our development team has crafted the ultimate package in Rise of the Tomb Raider: 20 Year Celebration,” said Scot Amos, Co-Head of Studio at Crystal Dynamics. “The game and all of the new additions delivers something for every gamer with an epic single-player story, survival co-op action, and a fully immersive virtual reality story chapter.”

After uncovering an ancient mystery, Lara must explore the most treacherous and remote regions of Siberia to find the secret of immortality before a ruthless organization known as Trinity beats her to it. Faced with the mysterious Remnant leader Jacob, the constant threats of Trinity’s leader Konstantin, and driven by her Father’s unfinished legacy, Lara must become the Tomb Raider she is destined to be.

[miptheme_quote author=”said Ron Rosenberg, Co-Head of Studio at Crystal Dynamics” style=”pull-right”]Being a part of Tomb Raider history has been such an honor for the team, we’re excited to share this journey with our fans, in what has become the Year of Tomb Raider.[/miptheme_quote]Since her first appearance in 1996 in the original Tomb Raider from Core® Design, Lara Croft® has trekked more than 25 countries and revolutionized the way the gaming community perceives lead characters in video games. Lara is an intrepid, empowered adventurer who must rely on her skills and intelligence not only to unravel ancient mysteries but also to survive in the most treacherous environments.

Rise of the Tomb Raider: 20 Year Celebration is now available in all major retail stores in North America at a suggested retail price of MSRP $59.99 (R850.00). As a special launch week bonus, Square Enix is awarding everyone who logs in and plays Rise of the Tomb Raider on any available platform with 100,000 in-game credits, with which players can purchase Expedition Cards to be used in a variety of replay modes.

To date, the critically acclaimed Rise of the Tomb Raider has received more than 85 “Best of” nominations, winning more than 30 awards.