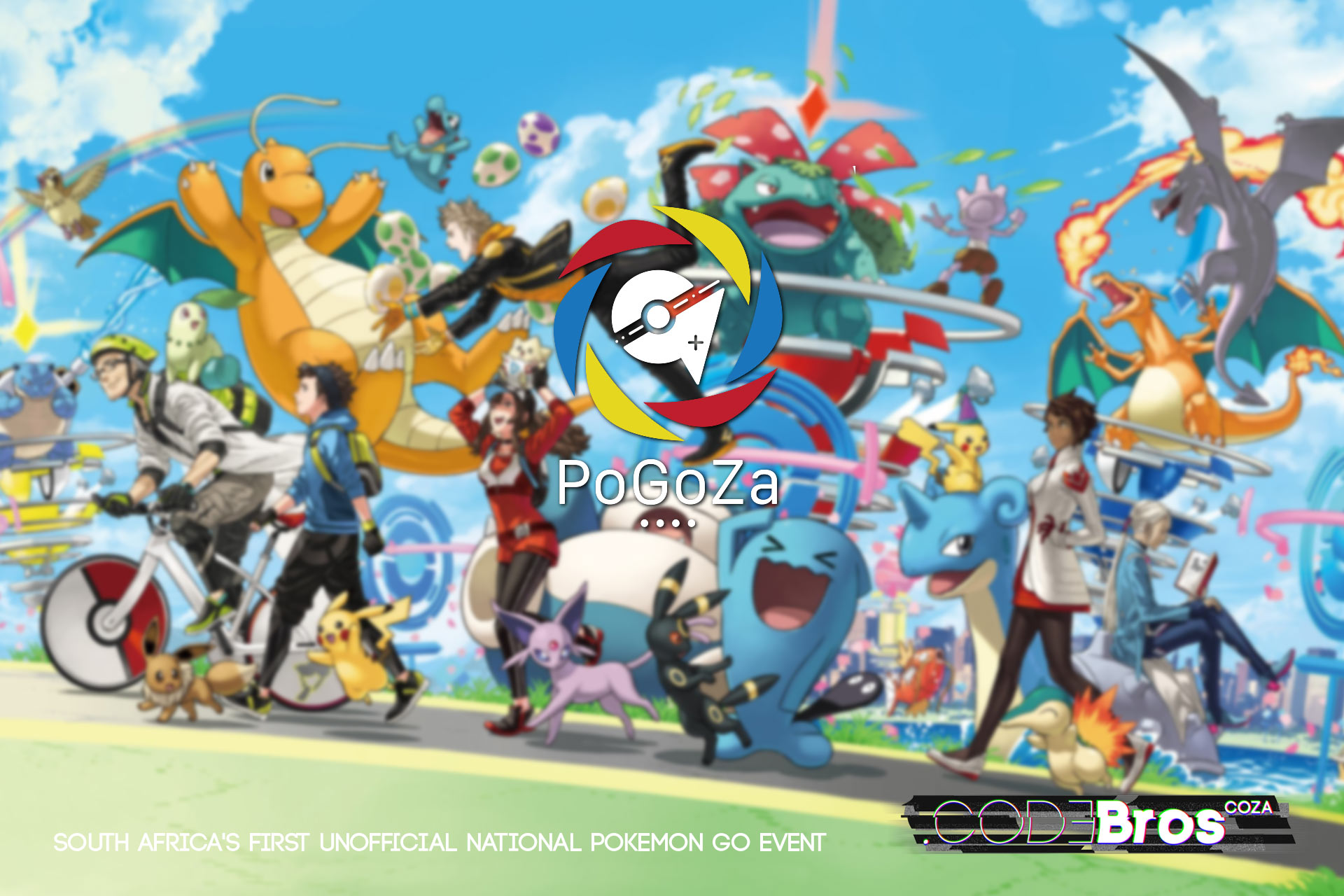 The majority of the world is benefiting from Pokemon Go Events, like the current Safari Zone Event, while us South African Fans can only watch, hope, dream and trust Niantic will throw us a cubone at some point (see what I did there?).

[miptheme_quote author=”said Quinton de Bruyn, Founder of the PoGoZa Facebook Community.” style=”pull-right”]Come and be part of the national Pokemon GO day where you can meet up with fellow Pokemon trainers! We would like to encourage as many trainers to attend where hatching and catching Pokemon will not be the only activities, but trainers also stand a chance to win exclusive prizes![/miptheme_quote]PoGoZa (Pokemon GO South Africa) today proudly announced their first unofficial regional Pokemon GO event for South Africa! Come join to be part of history-in-the-making for South African Pokemon Fans. Share your reactions to the news on social media using the #PoGoZa Hashtag!

4 Events will be held around South Africa on the same day to bring the nation-wide community together to make a bold statement to The Pokemon Company and Niantic, who developed the popular Pokemon GO Smartphone AR App/Game. “The PoGoZa team has big plans for the community and welcome everyone to join PoGoZa for the first of many events to come.” Quinton added.

To register for your regional event, please visit Orena.com or click a region image below to ensure you claim your free spot for the competitions that will be hosted on the day. Trainers all stand a chance to win some exclusive Orena merchandise and tickets to the rAge 2017 Expo that runs from 6 to 8 October 2017 in Johannesburg (Ticket prizes available at select regional events only). Teaming up with us here at CodeBros, trainers attending the Johannesburg event can be featured on our live stream broadcast which can be watched via our Twitch channel.

Region specific details, as well as individual competition rules and schedule times will be made available via the region event registration pages. Click on your region image below to go directly to your region registration page. To join the PoGoZa Facebook Community, please visit https://www.facebook.com/groups/PoGoSA/.

About PoGoZa
PoGoZa started as a way for the South African community to interact with fellow Pokemon GO fans. Since being established July 2016 by founding member Quinton de Bruyn, PoGoZa has grown exponentially with over 10,000 members to date and now proudly hosts regional events to further unite the Pokemon GO community. PoGoZa has been featured on many reputable news websites, forums, radio stations and social media platforms to compliment and recruit both dependable moderators and devoted community members.

About Orena
In 2014, a pro Call of Duty player Luca Tucconi founded Orena. Over the last three years, he has developed a brand that epitomizes the love of esports, and allows age-old social bonding to take place – In an Online Arena. Recently, Orena has welcomed new investors and partners. These partners include Nu Metro Cinemas, Red Bull, MSI Gaming, LG Electronics, Sony PlayStation and Emperors Palace Casino. These new associations will allow Orena to pull certain online activities into the physical sphere – making it the only local esports organisation with a dedicated physical space. The Orena Gaming Lounge has recently opened its doors at Emperors Palace Casino in Johannesburg.

All trademarks and copyrights contained herein are the property of their respective holders.