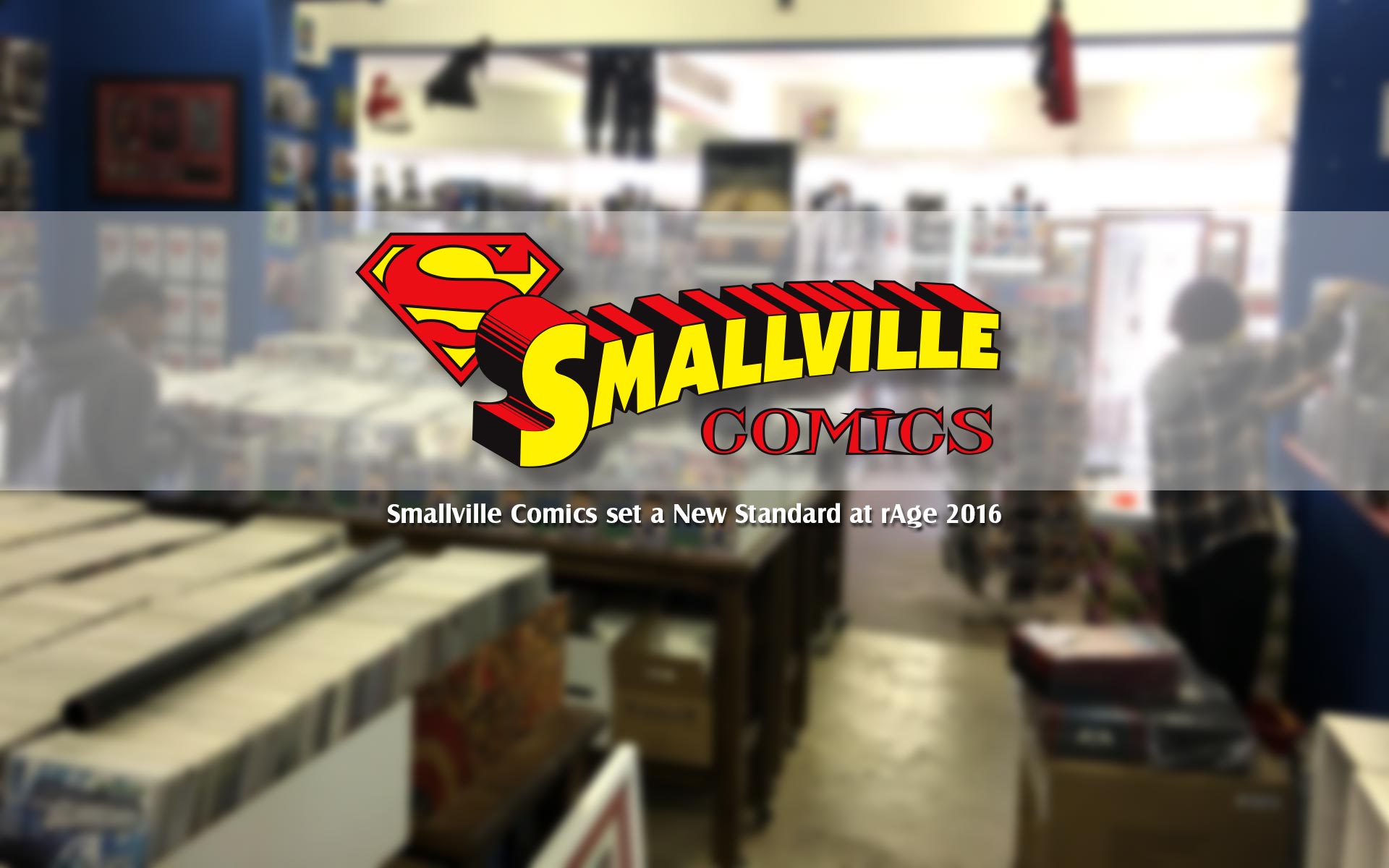 Smallville Comics at the rAge Expo 2016

Joe Do Carmo from Smallville Comics in Alberton gave us a few minutes of his time at the Expo. We wanted to find out what the latest trends were and how he compared rAge Expo 2016 to the three previous years that Smallville Comics was exhibiting at.

Smallville Comics was birthed in 2005. Always known for it’s iconic logo and location within Alberton City, the store recently (a year ago) moved to a new location in New Redruth / Raceview, Alberton to facilitate its growth. 11 year later, after starting the epic store, the proof of the growth is allowing Joe to proudly state that they are the biggest Comic Shop in South Africa! When Smallville Comics first opened its doors it was filled with a lot of empty space, but today the shop offers dozens of different Comic Book Titles, Graphic Novels, Statues, Figures, Movie Paraphernalia and a whole lot more worth going to see in person…not to mention the 1:1 Scale Superman Statue from Batman vs Superman that welcomes you to the store!

Smallville Comics has been at the rAge Expo for four straight years now, and each year, they draw a crowd, however, this year they drew the biggest crowd I have personally ever seen at their stand, which was located right across from the Media Suite and the Food Court. Every year, Joe gives away gift vouchers which can be redeemed on the Smallville Comics Online Store. During the first rAge Expo, he gave away a staggering 1,000x R100 vouchers, which is a total worth of R100,000.00 in vouchers! This year, Joe gave out R30,000.00 worth in vouchers, and he says that they always get used up.

We usually see Joe and his dedicated team chatting with the crowd and handing out pamphlets, but Joe told us that by mid-day on Friday, they had already handed out all of their pamplets, as many people wanted to specifically know where their store was located. Something that excites Joe, is that each year, he receives visits from many of his longest standing customers who live too far to come to the physical store in Alberton, and he knows that without a doubt that he will see the familiar faces at his stand.

[miptheme_quote author=”said Joe Do Carmo, Smallville Comics Owner” style=”pull-left”]Every year I go to rAge with some sort of expectation and after the weekend I feel relieved with the response and satisfied with the sales. This year, rAge blew my expectations out of the water![/miptheme_quote]Even though Joe is one of the most humble and friendly guys you could ever meet, and the goodies you can find at his stand rock, there had to be another reason why there was a hive of activity around his stand each day this year. It was the specials folks! On day one, if you spent R500 or more you got a Free Space Invaders Clock. On day two, the first 24 customers that spent R2000 or more got a Free Batman, Joker or Superman Statue valued at R1,500, and on Sunday, it was a Buy 2 – Get 1 Free Sale!

We asked Joe and the team what the most popular items were this year, and everyone smiled and said, “It’s the PoP!’s man, it’s the PoP!’s”. Joe then detailed it even more by saying that the Anime PoP! Vinyl Figures were seriously hott (deserves two T’s) items and they sold out very quickly. The next items that were in very high demand were the Play Arts Figures. All in all, with the selection that Joe had at his stand, the team he had on call and the location of his stand, it set a new benchmark for Joe and Smallville Comics. Each year the bar gets raised, and each year Joe achieves his target. We are positive that next year will be an even greater year for the Smallville Comics team.