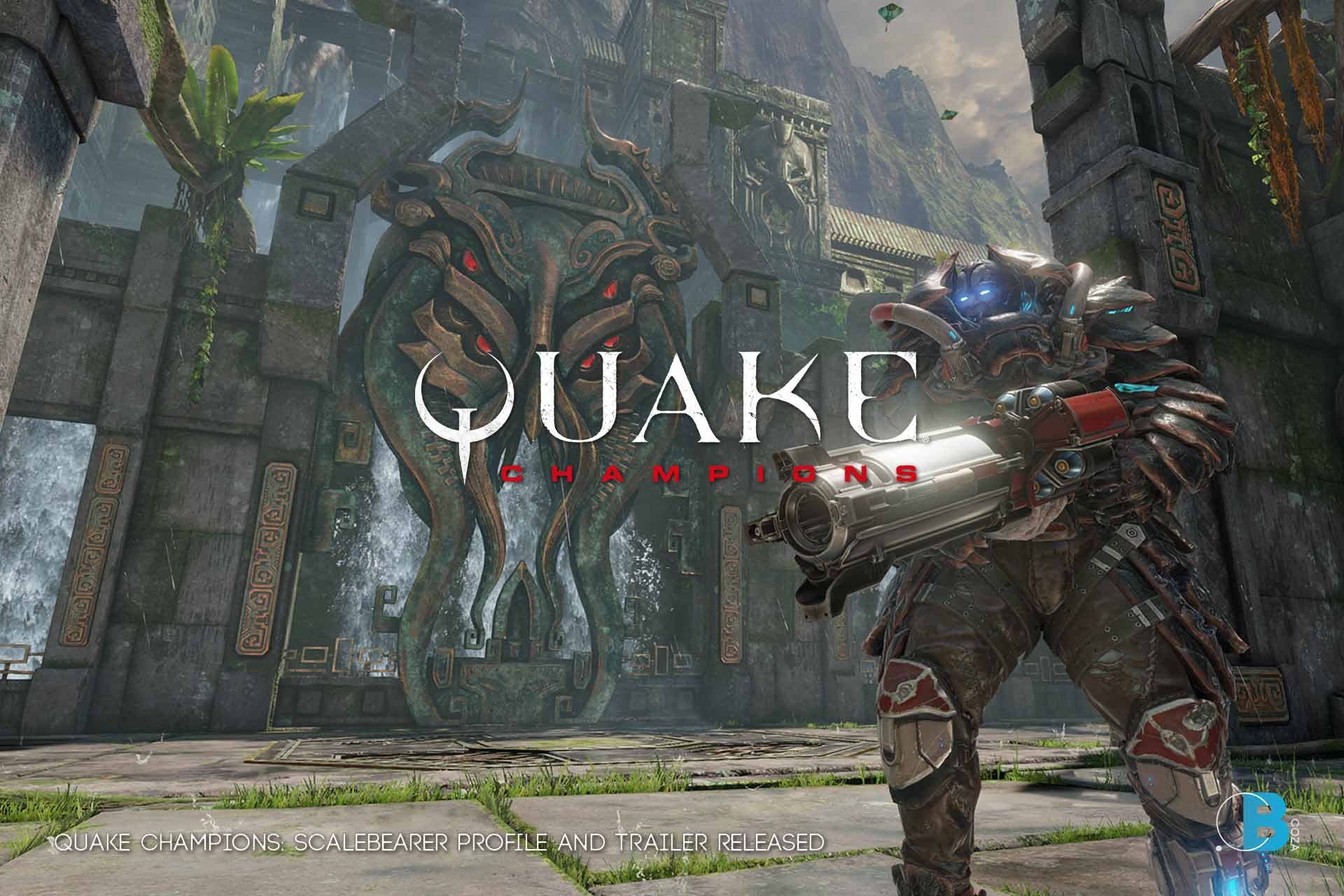 Today we’re excited to offer a first look at Scalebearer, a relentless warlord determined to lead you to victory.

Along with the recently featured Nyx, he’s just one of the many Champions who brings a unique set of abilities to enhance your own skills in Quake Champions. Watch the latest video, below, to see Scalebearer in action!

This warlord of the marauding Greiss plundered the technology of countless worlds to strengthen his armies. But defeat by a reclusive, phase-shifting race led to his exile. Obsessed with vengeance, he discovered their power source: an ancient shrine holding a seething sphere of liquid within. When at last he slaughtered its guardians and entered, the sphere consumed him – and he vanished. He awoke in the Dreamlands, a bizarre, brutal realm, transformed by arcane energy. Now he seeks a way back to the waking world to regain his command and wield his newfound might.

The trailer below showcases Scalebearer in action, as well as a short recap of his abilities. For more information on Scalebearer, including the Lore behind his appearance in the Arenas, you will find an updated Champion Profile page at www.Quake.com.

Both Scalebearer and Nyx will be part of the upcoming Quake Champions Closed Beta, which you can sign up for right now at quake.com. Keep an eye out in the coming weeks for more Champion profiles, as well as Arena videos and spotlights on game modes.