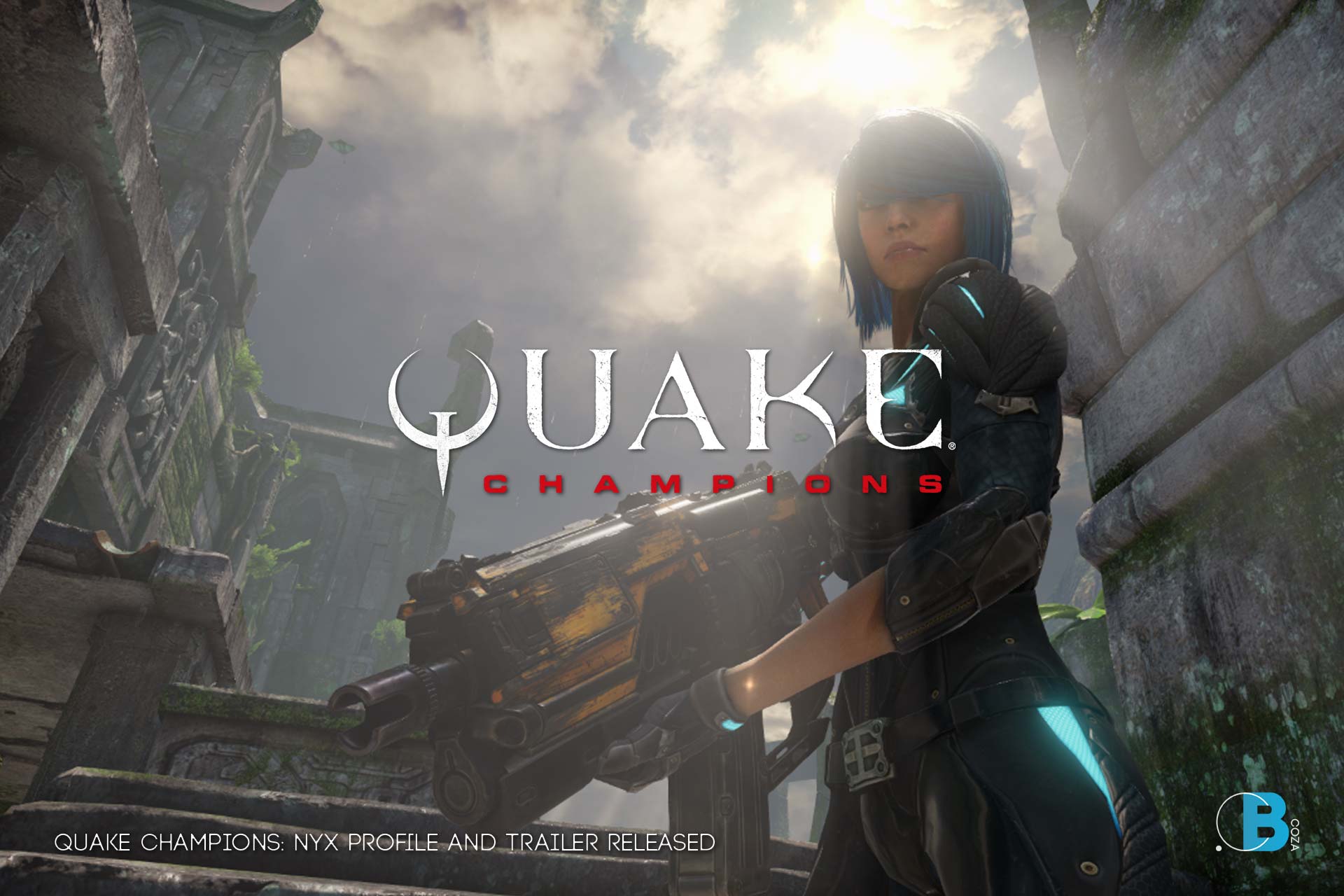 The first of many feature articles on the Quake Champions Bad-asses, we look at Nyx, the Fathom Agent.

Today we’re excited to begin offering first looks at the Champions from Quake Champions, starting with the agile and covert Nyx. Nyx offers speed and subterfuge to players with abilities meant to showcase movement skills and strategy.

Below we’ve included a trailer showcasing Nyx in action, as well as a short recap of her abilities. For more information on Nyx, including the Lore behind her appearance in the Arenas, you will find an updated Champion Profile page at www.Quake.com.

And don’t forget — keep an eye out today for our first Arena reveal, focusing on the unholy Blood Covenant. Sign-ups for the Closed Beta are now open at www.Quake.com.