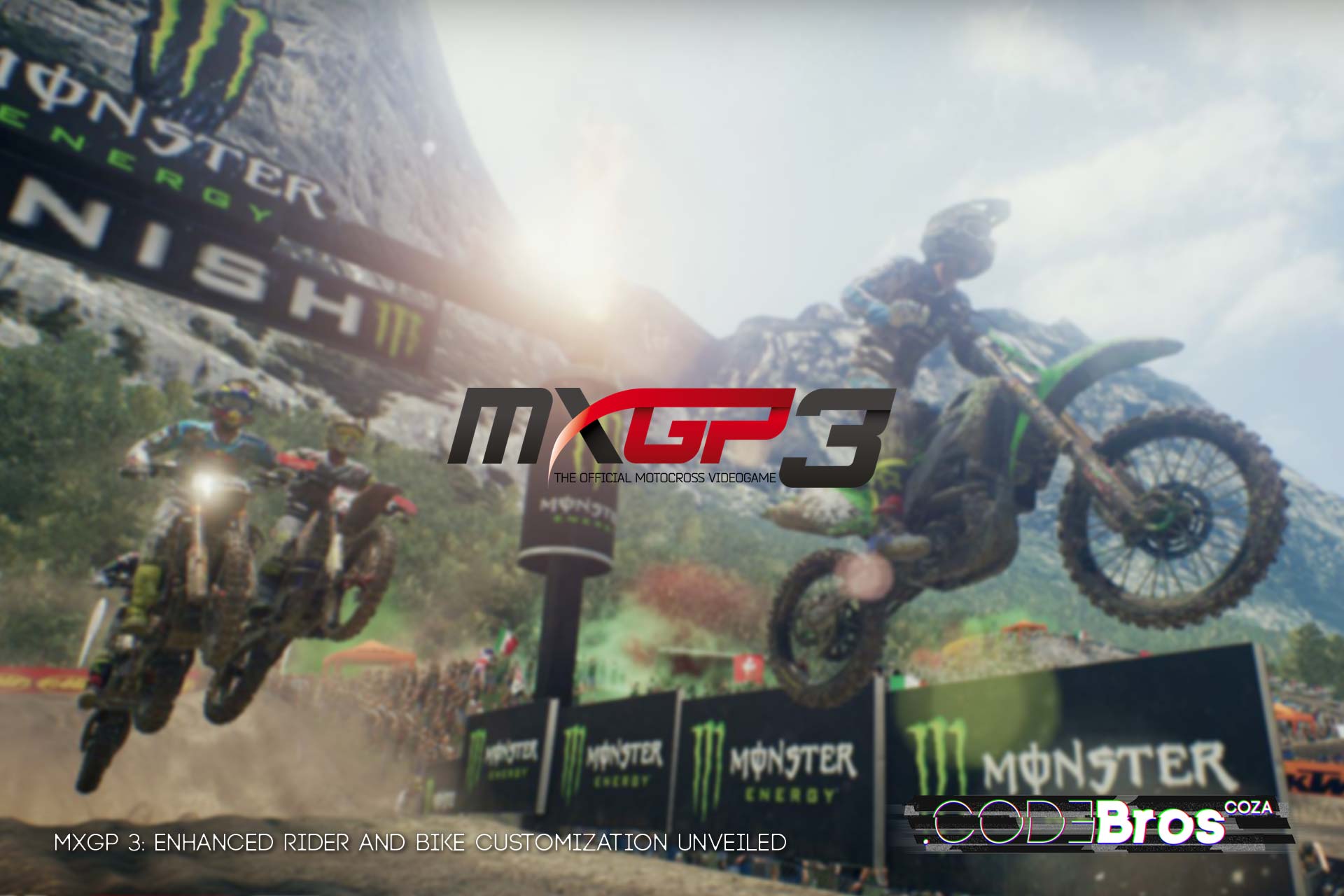 Enhanced Rider and Bike Customization as well as Amazing Technical Improvements have been Unveiled for MXGP 3, which releases on 30 May 2017.

Milestone s.r.l., one of the most successful racing video game developers in the world, is proud to announce the development of even-more extreme rider and bike customization modes and many incredible technical improvements for the new MXGP3. Over the past few years, Milestone has started a real technological evolution thanks to the acquisition of a new graphics engine, enabling its games to achieve results that will leave even the most demanding gamers speechless.

Now you can finally feel like a real motocross star. Choose from 300 official components, 40% more customizable parts than were available in the past edition, and over 75 brands that will let you customize riders and create unique setups for your bike and custom team.

Once you have created your rider and bike, you can get out on the track and do your best to climb the rankings, increase your reputation and be invited to join the team of 12 Official Motocross Championship partners available in the game. You can choose to continue racing with your own custom team, or with one of the official race liveries designed by Milestone’s artists, right down to the finest detail, in collaboration with the sponsors themselves.

And the surprises don’t stop there: MXGP3 has been developed using Unreal® Engine 4, taking the game experience to the next level. Graphical improvements and unprecedented gameplay will ensure amazing texture quality, spectacular particle effect and improved lighting that will affect the rider’s visibility and change according to weather and ground conditions. On top of all this, enhanced physics and, to fulfill all motorcycle fans’ wishes, a new sound recording and reproduction system (REV) will allow players to fully appreciate the ultra-realistic rumble of motorcycle engines. Get straight to the race action like never before!

These are key elements of the new video game dedicated to one of the world’s most adrenalin-packed, engaging championships. Lots of new and stunning features are set to fuel the dreams of Motocross fans, as well as many others.

MXGP3 – The Official Motocross Videogame will be available from 30 May 2017 in digital and physical stores for PlayStation®4 and Windows, Xbox One®, the all-in-one games and entertainment system, and PC®/STEAM™.

About Milestone
Founded in Milan in 1996, Milestone S.r.l. is one of the leading and longest established racing game developers in the world. The 200 people team is responsible for hit series like MotoGP™ and MXGP – The Official Motocross Videogame as well as own IPs Ride and Gravel. Milestone is fully privately owned and self-funded independen May tly.