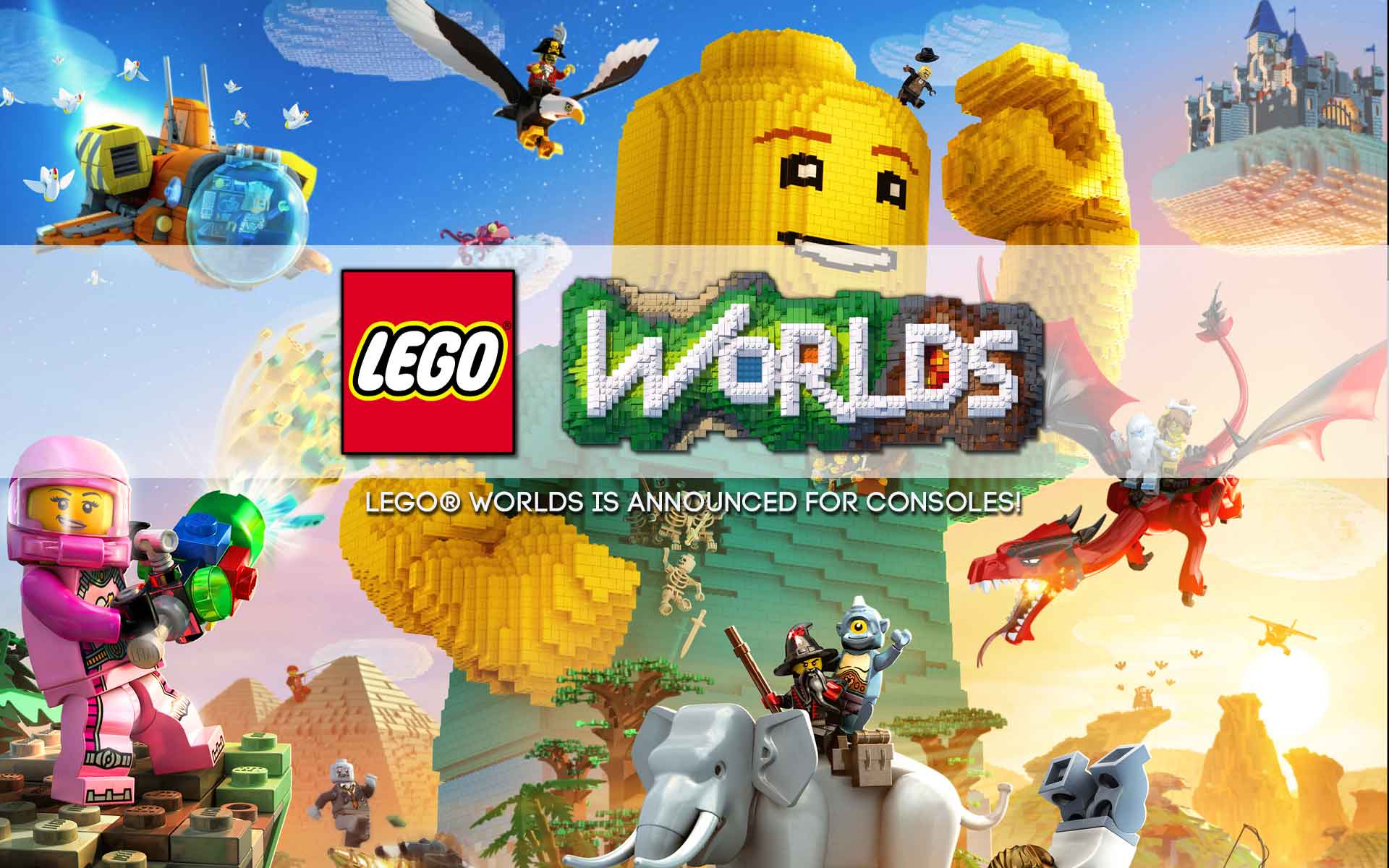 LEGO® Worlds gets Announced for PlayStation®4, Xbox One and STEAM™

Players Can Create Anything Imaginable and Define Their Own Adventures In the Ultimate Digital LEGO® Bricks Building Experience!

Warner Bros. Interactive Entertainment, TT Games and The LEGO® Group today announced that LEGO® Worlds, a galaxy of imaginative worlds made entirely of digital LEGO® bricks where players can explore, discover and create together, will commercially launch on February 21, 2017 for PlayStation®4 computer entertainment system, Xbox One and STEAM™.

Developed by TT Games and published by Warner Bros. Interactive Entertainment, LEGO® Worlds has been in STEAM™ Early Access since last year allowing players to provide feedback for continual improvements leading up to its official launch.

“In LEGO® Worlds, players will go on an exciting journey to become a Master Builder, in an open-world made completely of LEGO®-built environments,” said Jonathan Smith, Head of Production, TT Games. “Whether customising characters, exploring in vehicles, building structures, or discovering an expansive range of items, characters and creatures throughout the worlds, there’s the freedom to create anything imaginable.”

“LEGO® Worlds brings the very essence of LEGO® play – building – to the digital world, more than ever before,” said Niels Jørgensen, Vice President, Digital Games for The LEGO® Group. “We are excited to bring our physical and digital play models closer together and know it will resonate with our core audience – and engage new ones. We believe LEGO® Worlds has the potential to inspire and develop the builders of tomorrow through its experience of open-ended creative play.”

In LEGO® Worlds, players uncover hidden treasures in environments that range from fun to the fantastical, where worlds come to life with a dizzying variety of vehicles and creatures – from cowboys riding giraffes to vampires scaring Yetis, to steamrollers, racing cars and colossal digging machines.

Gamers can embark on a quest to become a Master Builder by helping other LEGO® characters along the way – find a sword for a king, protect a farmer from a zombie invasion, or build a home for a caveman. Environments and creations are brought to life in any way fans can imagine, either by building brick by brick, placing down enormous prebuilt LEGO® structures, or by using wondrous tools that let you paint and shape the landscape.

LEGO® Worlds’ online multiplayer functionality allows players to explore each other’s worlds together, create together, and engage in cooperative and competitive play experiences that players can build themselves. A separate LEGO® Agents DLC pack, featuring new characters, vehicles, weapons and more from the Agents range of play materials, will be available first on PlayStation® 4 and exclusive for 90 days.

About the LEGO Group
The LEGO Group is a privately held, family-owned company with headquarters in Billund, Denmark, and main offices in Enfield, USA, London, UK., Shanghai, China, and Singapore. Founded in 1932 by Ole Kirk Kristiansen, and based on the iconic LEGO® brick, it is one of the world’s leading manufacturers of play materials. Guided by the company spirit: “Only the best is good enough”, the company is committed to the development of children and aims to inspire and develop the builders of tomorrow through creative play and learning. LEGO products are sold worldwide and can be virtually explored at www.LEGO.com.

For more news from the LEGO Group, information about our financial performance and responsibility engagement, please visit http://www.LEGO.com/aboutus.

LEGO WORLDS software © 2017 TT Games Ltd. Produced by TT Games under license from the LEGO Group. LEGO, the LEGO logo, the Brick and the Knob configurations and the Minifigure are trademarks of the LEGO Group. © 2017 The LEGO group. The PS Logo and “PlayStation” are trademarks or registered trademarks of Sony Interactive Entertainment Inc. “ ” is a trademark of the same company. All other trademarks and copyrights are the property of their respective owners. All rights reserved.