For Honor: In The Battle 360° Battlefield Video

Get into the Battle in For Honor’s New 360° Video

Feel the thrill of the For Honor Battlefield with “In The Battle”, which is an 360° Immersive Experience!

Today, Ubisoft released ‘In the Battle’, a CGI video that transports viewers directly to the centre of an epic clash on the battlefield. This motion-captured, 360-degree video experience introduces viewers to the world of For Honor as Knights, Samurai and Vikings embark in perpetual conflict. In the midst of a foggy plain, an everlasting war continues as the three great Factions are locked in battle. Each of them strives to rebuild their nations as they take to the frontlines in fierce close-range combat to bring glory back to their people.

Players looking to experience the thrill of ruthless melee-combat first-hand can now pre-load the For Honor open beta on consoles and PC. Available from February 9th to February 12th, 2017, this beta will include the new Elimination mode, a best of five rounds four-versus-four match with no respawns. Elimination joins three additional modes playable in the open beta including Dominion, Brawl and Duel, and nine playable Heroes. At launch, For Honor will feature twelve playable characters, five different multiplayer modes and a Story mode.

Sharpen Your Blade by Pre-Loading the Open Beta Today

On February 7th, 2017, at 22:00 UK Time, (which is Midnight here in South Africa BTW) Ubisoft and Twitch, the world’s leading social video platform and community for gamers, will call forth the fiercest warriors to participate in War of the Factions Live – a livestreamed event that will showcase the new Elimination Mode and help decide which Faction reigns supreme. Players looking to get a head start in the battlefield can sign up for Twitch Prime to receive 10-day Champions Status, available at launch on February 14th, 2017, which comes with XP boosts that can be shared among friends along with more XP from crafting, more loot at the end of each match, and a special emblem they can use to customize their warrior. For more information and to sign up for Twitch Prime, visit: https://twitch.amazon.com/prime

For more information about For Honor, please follow us on Facebook at facebook.com/ForHonorGame and on Twitter at twitter.com/ForHonorGame. To learn more about other Ubisoft games, please visit ubiblog.com.

About Ubisoft
Ubisoft is a leading creator, publisher and distributor of interactive entertainment and services, with a rich portfolio of world-renowned brands, including Assassin’s Creed, Just Dance, Tom Clancy’s video game series, Rayman, Far Cry and Watch Dogs. The teams throughout Ubisoft’s worldwide network of studios and business offices are committed to delivering original and memorable gaming experiences across all popular platforms, including consoles, mobile phones, tablets and PCs. For the 2015–16 fiscal year Ubisoft generated sales of €1,394 million. To learn more, please visit www.ubisoftgroup.com.

About Twitch
Twitch is the world’s leading social video platform and community for gamers. Each month, more than 100 million community members gather to watch and talk about video games with more than 2 million broadcasters. Twitch’s video platform is the backbone of both live and on-demand distribution for the entire video game ecosystem. This includes game developers, publishers, media outlets, events, user generated content, and the entire esports scene. Twitch also features Twitch Creative, a category devoted to artists and the creative process, and IRL, a category for vlogging. For more information about Twitch, visit our About Page, Twitter feed (#Twitch), and blog.

Twitch Prime is a new set of Amazon Prime benefits created for gamers. Prime members get exclusive discounts on pre-order and new release games, a rotating selection of free digital games and in-game loot, plus a premium experience on Twitch that includes a free monthly Twitch channel subscription. Twitch Prime now joins the growing list of all-you-can-eat benefits for Amazon Prime members, including guaranteed unlimited fast, free Prime shipping, unlimited access to Prime Video, Prime Music, Prime Photos, early access to Lightning Deals, and more. Gamers and Twitch fans can get all the benefits of Twitch Prime by starting a free 30-day trial, while Amazon Prime members can unlock their Twitch Prime benefits by linking their Prime accounts to Twitch at www.twitchprime.com 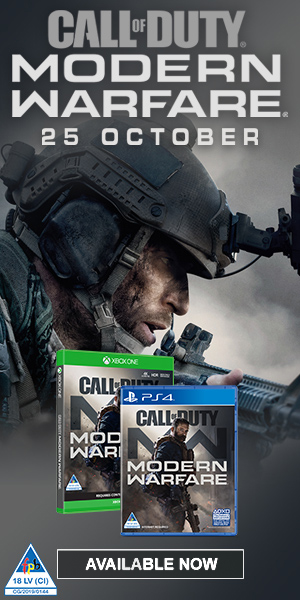