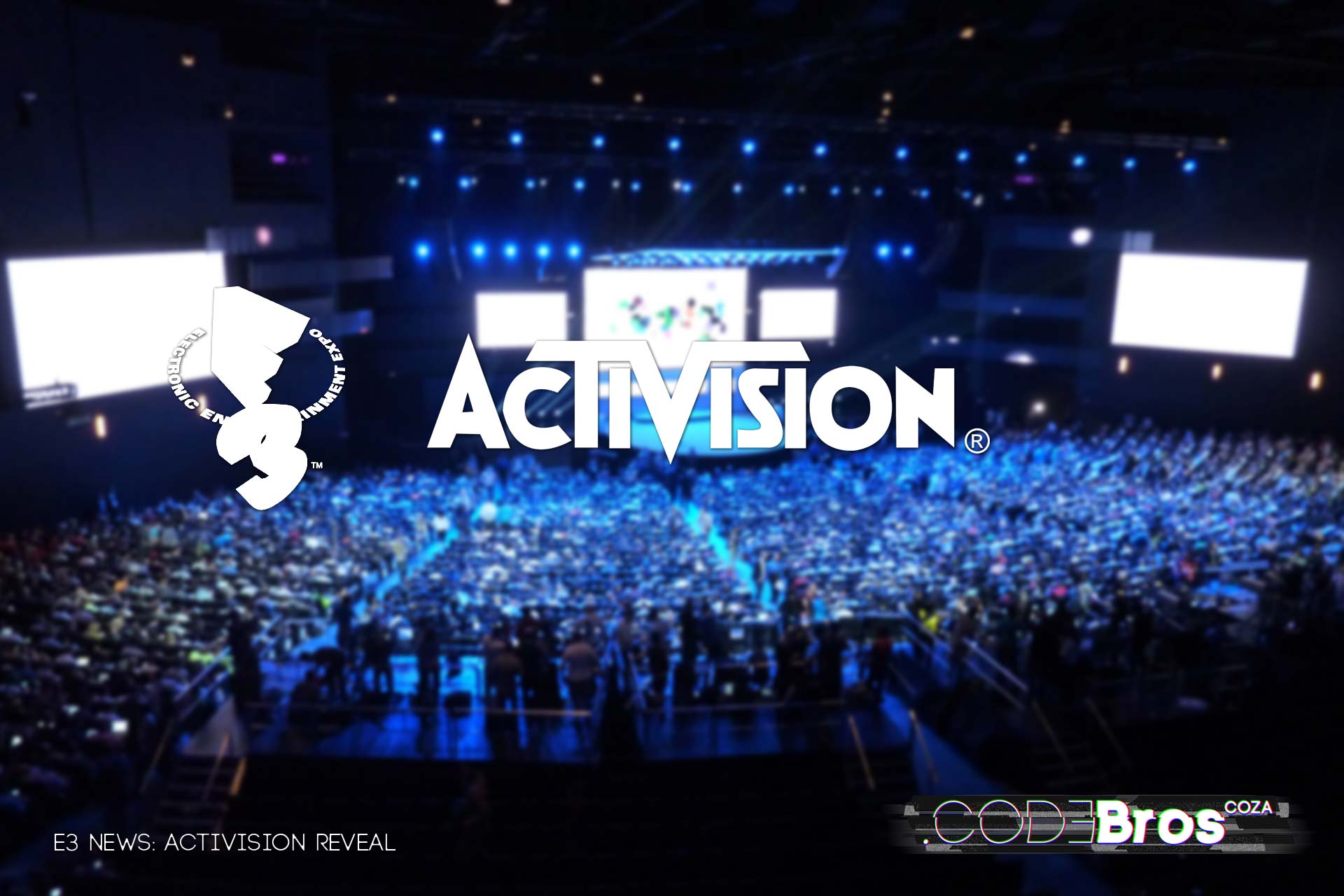 Activision is set to kick off this year’s Electronic Entertainment Expo (E3) with global debuts from the industry’s leading franchises. Beginning Tuesday, June 13, at the LA Convention Center, attendees will experience the first gameplay premiere of Call of Duty®: WWII multiplayer, the new character-driven story and activities of Destiny 2, and the reimagined and beloved Crash Bandicoot® N. Sane Trilogy.

[miptheme_quote author=”said Eric Hirshberg, CEO of Activision.” style=”text-center”]Some of the most talked about and highly anticipated entertainment experiences of the year aren’t playing at your local movie theater, inside a stadium or on the airwaves; they are happening at E3, as interactive entertainment takes center stage of pop culture. And we are thrilled to be front and center with two of the most hotly anticipated games of the year, Call of Duty: WWII and Destiny 2, both of which will be playable at E3. We’ve been pouring our hearts and souls into these games and we can’t wait for our fans to get their hands on them![/miptheme_quote]

Call of Duty: WWII marks a return to the fast action, grounded roots of Call of Duty®. E3 2017 celebrates the world reveal of the all-new multiplayer. Developed by Sledgehammer Games, Call of Duty: WWII offers a host of new Multiplayer modes, features and gameplay innovations set in iconic World War II locations in the European theater of war.

Players will enlist in the conflict by selecting from five iconic World War II Divisions, in a fundamentally new way to invest in your multiplayer career. Join the Airborne Division, the first to the fight, where you move fast and stay quiet; the Mountain Division, where a sharp shooter focus is precise and deadly; the Infantry Division as the tip of the spear; the Armored Division, which brings the heaviest firepower; or the Expeditionary Force who is packing heat with incendiary shells. In addition to the core Multiplayer experience available for hands-on gameplay at E3, players will also play War Mode, developed in partnership with Raven Software, a narrative-based mode pitting Allied versus Axis soldiers in team-driven battles for key strategic objectives.

Call of Duty: WWII multiplayer also features Headquarters, a franchise first reimagining of the Call of Duty Multiplayer ecosystem, giving the community entirely new ways to connect, compete and engage. Call of Duty: WWII pre-orders at participating retailers include access to the Private Beta, available first on PlayStation®4, scheduled for later this year. At E3, players can get their first PS4 Pro hands-on experience with the new Multiplayer at the Activision booth #1001 in the South Hall and in the PlayStation booth #4322 in the West Hall.

Following the epic, global Destiny 2 Gameplay Premiere which took place in May, Activision and Bungie will showcase Destiny 2, providing an array of hands-on experiences for attendees where they can play the all-new story campaign as well as competitive, and cooperative multiplayer gameplay. In addition, the playable debut of a brand-new Guardian subclass, the Arcstrider Hunter, will be available, whose “super” ability is to summon an Arc-empowered staff to be used for close-quarters melee combat. Attendees are invited to play Destiny 2 on PS4 Pro in the Activision booth #1001 in the South Hall and PlayStation’s booth #4322 in the West Hall, and on PC in NVIDIA’s booth #5230 in the West Hall.

Crash is back, as Activision is rolling out the orange carpet at E3! The iconic marsupial of gaming will make his appearance at E3 where players can play new levels in HD from the remastered Crash Bandicoot® N. Sane Trilogy. More innovations to the franchise will be announced at the show, and players can experience the fun first-hand by visiting the N. Sane Crash Experience in the South Hall lobby for hands-on gameplay, photo opportunities and daily giveaways.

Call of Duty: WWII In development by Sledgehammer Games, Call of Duty: WWII takes the franchise back to its roots in a bold cinematic experience that captures the unforgettable heroism of the soldiers who fought together in a war that changed the world forever. Call of Duty: WWII is scheduled for release on November 3 for the PlayStation 4, Xbox One, and PC. For more information, visit: www.callofduty.com, www.youtube.com/callofduty or follow @CallofDuty on Twitter, Instagram and Facebook.

Destiny 2: From Activision and Bungie comes Destiny 2. In the cinematic, story campaign of Destiny 2, the last safe city on Earth has fallen and lay in ruins, occupied by Dominus Ghaul, and his elite army, the Red Legion. Every player creates their own character called a ‘Guardian’, humanity’s chosen protectors. As a Guardian in Destiny 2, players must master new abilities and weapons to reunite the city’s forces, stand together and fight back to reclaim their home. New and existing players will experience gameplay innovations to the world including a dramatic story campaign, new destinations to explore, “Guided Games” bringing players together, and more. Destiny 2 will be available on PlayStation®4 systems with additional, timed exclusive* content, Xbox One (PlayStation®Plus or Xbox Live Gold subscription, respectively, required for significant features), and for the first time-ever, available on PC at retail and as the first third-party game to be offered digitally via Battle.net®, Blizzard Entertainment’s online gaming service. For more game information, visit www.DestinyTheGame.com and follow the official Destiny social channels on Facebook and @DestinyTheGame on Instagram and Twitter. The community can interact directly with the developers at www.Bungie.net, Facebook, @Bungie on Twitter, and www.Twitch.tv/Bungie on Twitch.

About Activision
Headquartered in Santa Monica, California, Activision is a leading global producer and publisher of interactive entertainment. Activision maintains operations throughout the world. More information about Activision and its products can be found on the company’s website, www.activision.com or by following @Activision.

© 2017 Bungie, Inc. All rights reserved. Destiny, the Destiny Logo, Bungie and the Bungie Logo are among the trademarks of Bungie, Inc. Published and distributed by Activision. Activision is a registered trademark of Activision Publishing, Inc. All other trademarks or trade names are the properties of their respective owners.

*Timed exclusive content until at least Fall 2018. More details to be disclosed at E3 2017.