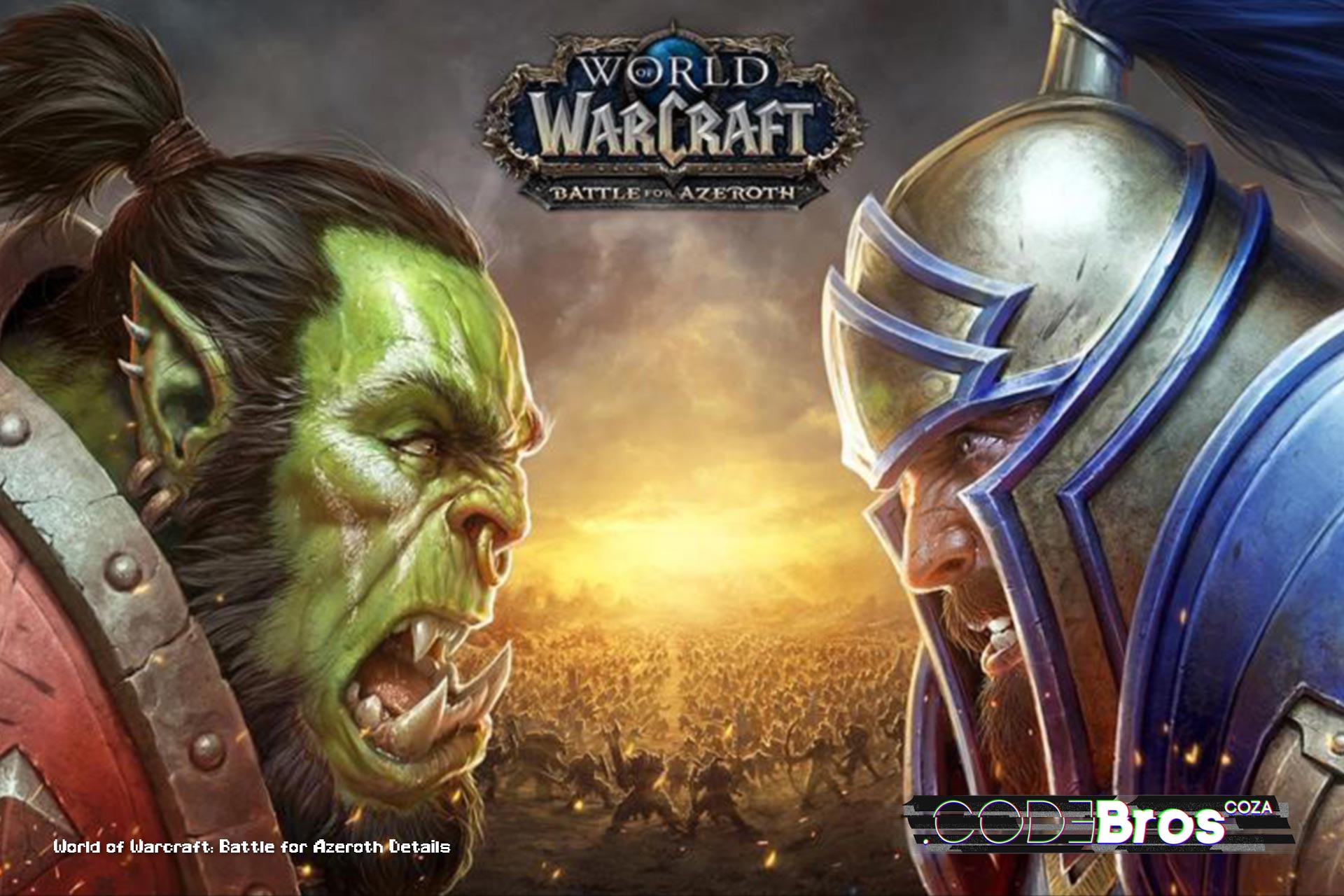 Prepare to Join The Battle over dominance over Azeroth in the New World of Warcraft expansion that arrives on 14 August 2018!

[miptheme_quote author=”said Mike Morhaime, CEO and cofounder of Blizzard Entertainment.” style=”pull-right”]In Battle for Azeroth, the stakes for the Alliance and the Horde are incredibly high, and a player’s faction will have a more meaningful impact on their experience than in any World of Warcraft expansion to date. Whether they’re journeying to unexplored lands to recruit allies or fighting to secure war resources, players will redefine what it truly means to be ‘For the Horde’ or ‘For the Alliance’ when the expansion arrives this August.[/miptheme_quote]The Horde and the Alliance clash for ultimate control of their world in the next chapter of Blizzard Entertainment’s acclaimed massively multiplayer online role-playing saga Journey to the continents of Kul Tiras and Zandalar, recruit new Allied Races, explore uncharted territory in Island Expeditions, represent your faction on the Warfront, and more Pre-purchase Battle for Azeroth and explore the contents of the Collector’s Edition now at participating retailers.

Azeroth reels in the wake of the Legion’s devastating assault, and the emergence of a powerful new resource—Azerite, lifeblood of the wounded planet—has brought the Alliance and the Horde to the brink of war.

Beginning August 14, World of Warcraft® players will take up their faction’s cause in the ultimate fight for control of their world with the launch of Battle for Azeroth™, the seventh expansion for Blizzard Entertainment’s internationally acclaimed massively multiplayer online role-playing game.

Heroes of both factions can make their own war preparations now by pre-purchasing Battle for Azeroth at www.worldofwarcraft.com/battleforazeroth In addition to gaining a level-110 character boost to use immediately, players who pre-purchase can begin their journey to recruit the first four of the expansion’s new Allied Races, including the valiant Lightforged draenei on the Alliance and ancient Nightborne on the Horde.†

World of Warcraft: Battle for Azeroth is currently available for pre-purchase in both a standard edition and Digital Deluxe Edition. The latter contains an arsenal of in-game bonuses for a variety of Blizzard games, including the Seabraid Stallion (Alliance) mount, Gilded Ravasaur (Horde) mount, and Tottle the Baby Tortollan pet for World of Warcraft; an “Azeroth Is Burning” card back for Hearthstone®; a Primal Flamesaber mount in Heroes of the Storm®; Horde and Alliance sprays for StarCraft® II; and a collection of faction-themed extras for Overwatch®.

World of Warcraft: Battle for Azeroth Collector’s Edition is available for pre-order now. Supplies are limited; players should check with their local retailer for pre-order details and availability. For players who have already pre-purchased a digital edition of the expansion and wish to upgrade to the Collector’s Edition at launch, Blizzard will credit their account Blizzard Balance in the amount of their original purchase if they redeem their Collector’s Edition key before December 31, 2018. For additional details, visit www.worldofwarcraft.com.

In addition, starting today, anyone interested in joining the fight with the next expansion can pre-purchase Battle for Azeroth digitally through the Blizzard Shop and receive the current expansion, Legion™, for free. This bundle also includes a level-110 character boost, making it a perfect jumping-on point for new and returning players.

World of Warcraft: Battle for Azeroth includes new features and content that will put heroes’ fortitude and dedication to their faction to the test. In this expansion, players will be called upon to:

To learn more about World of Warcraft: Battle for Azeroth, visit the expansion’s official website at www.worldofwarcraft.com/battleforazeroth.

†Pre-purchasing World of Warcraft: Battle for Azeroth makes available quest lines that enable players to access the Highmountain tauren, Lightforged draenei, Nightborne, and Void elves. To unlock Allied Races quest lines, players must have a level-110 character and have met specific questing and reputation requirements on the factions each Allied Race is aligned with. To unlock a Heritage Armor set, players must level an Allied Race character from its starting level of 20 to 110 without boosting, faction- or race-changing, or being granted levels via the Recruit-A-Friend program. Players upgrading from World of Warcraft Starter Edition must wait for trial restrictions to be removed (up to 72 hours) before using character boost.

††Digital versions of Elegy and A Good War without the exclusive artwork will also be available to read online later this year.