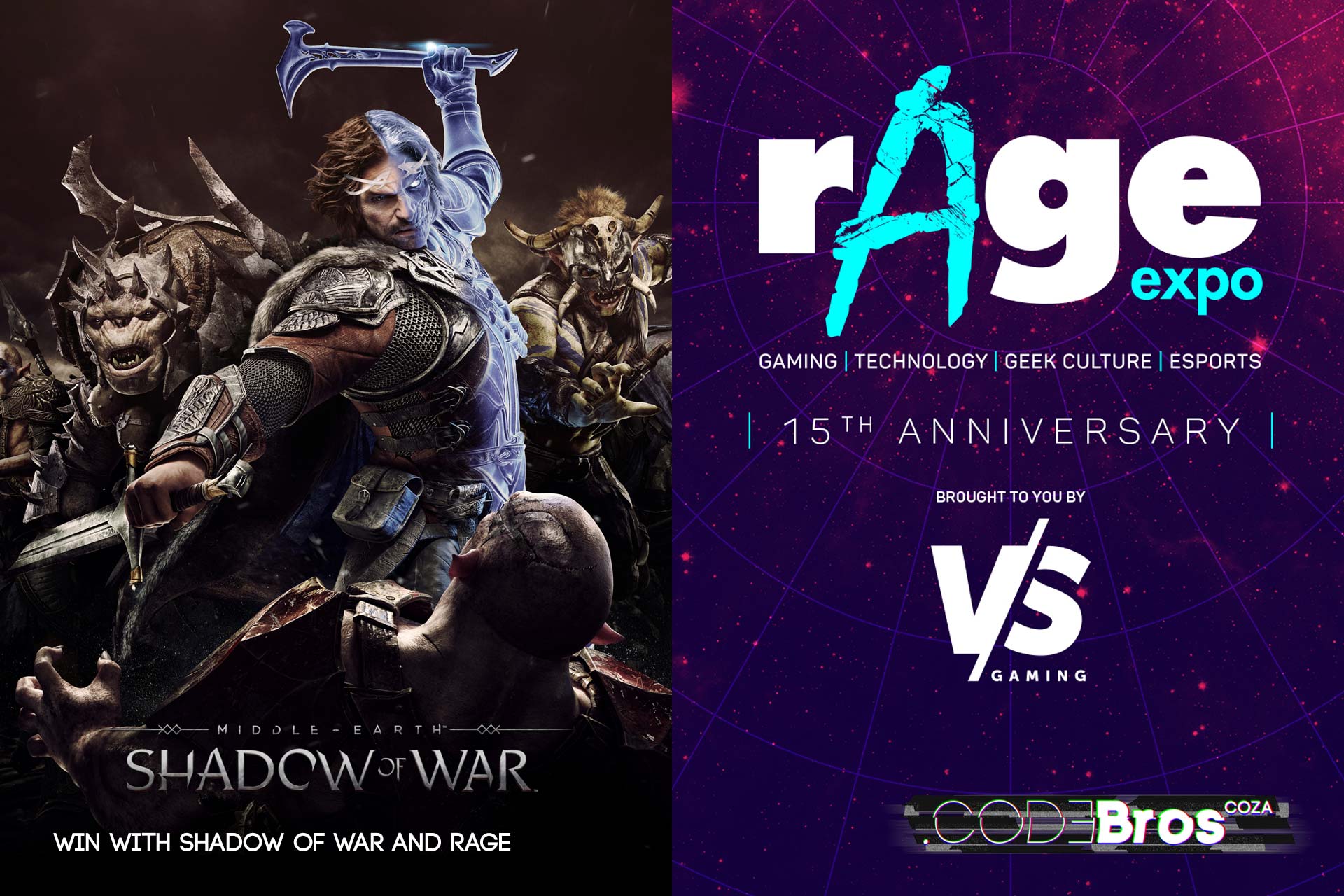 Win with Middle-Earth: Shadow of War and rAge 2017

Lord of the Rings Fans and Galaxy of Geek Inhabitants Rejoice! Enter our Swag Giveaway Right Away!

To Celebrate One Year of CodeBro(ing) the generous folk at SterKinekor Entertainment and rAge have given us some goodies to pass on to you, our loyal and epic readers! With great and humble thanks to you, we are still able to post news articles, cover events and write our gaming and technology reviews, so we salute you as we give you this chance to snag some seriously “Swagariffic” and “Geekgasmic” goodies! You have 3 days to enter so get in it to win it!

The Prizes That Are Seeking Homes

SterKinekor Entertainment has given us some very Limited Edition Middle-Earth: Shadow of War Swag and the folks at rAge have given us 3x Sets of Double Tickets to rAge 2017. For Middle-Earth Noobs or Hardcore Fans alike, the gear is sick! For those that need to still get tickets to rAge 2017 but are strapped for cash, this is your chance to get in and celebrate #15yearsofawesome (of rAge) with us.

How do the Prizes Work?

We will be Awarding Three Lucky Winners with 1x Set of Double Tickets to rAge 2017 as well as some Middle-Earth: Shadow of War Swag! Enter Right away and get whoever you decide you want to take with you to rAge to enter as well to stand an extra chance of winning!

This opportunity is only open to residents of South Africa. In line with the South African Competitions Board, all entrants need to hold a valid South African ID and are required to be over 16 years of age to receive a prize, unless a parent or legal guardian is able to accept the prize on their behalf. The prize is not transferable and cannot be exchanged for cash. The winner will be contacted via Phone call and Email on 5 October 2017. The prizes will be handed over at the rAge 2017 Expo.