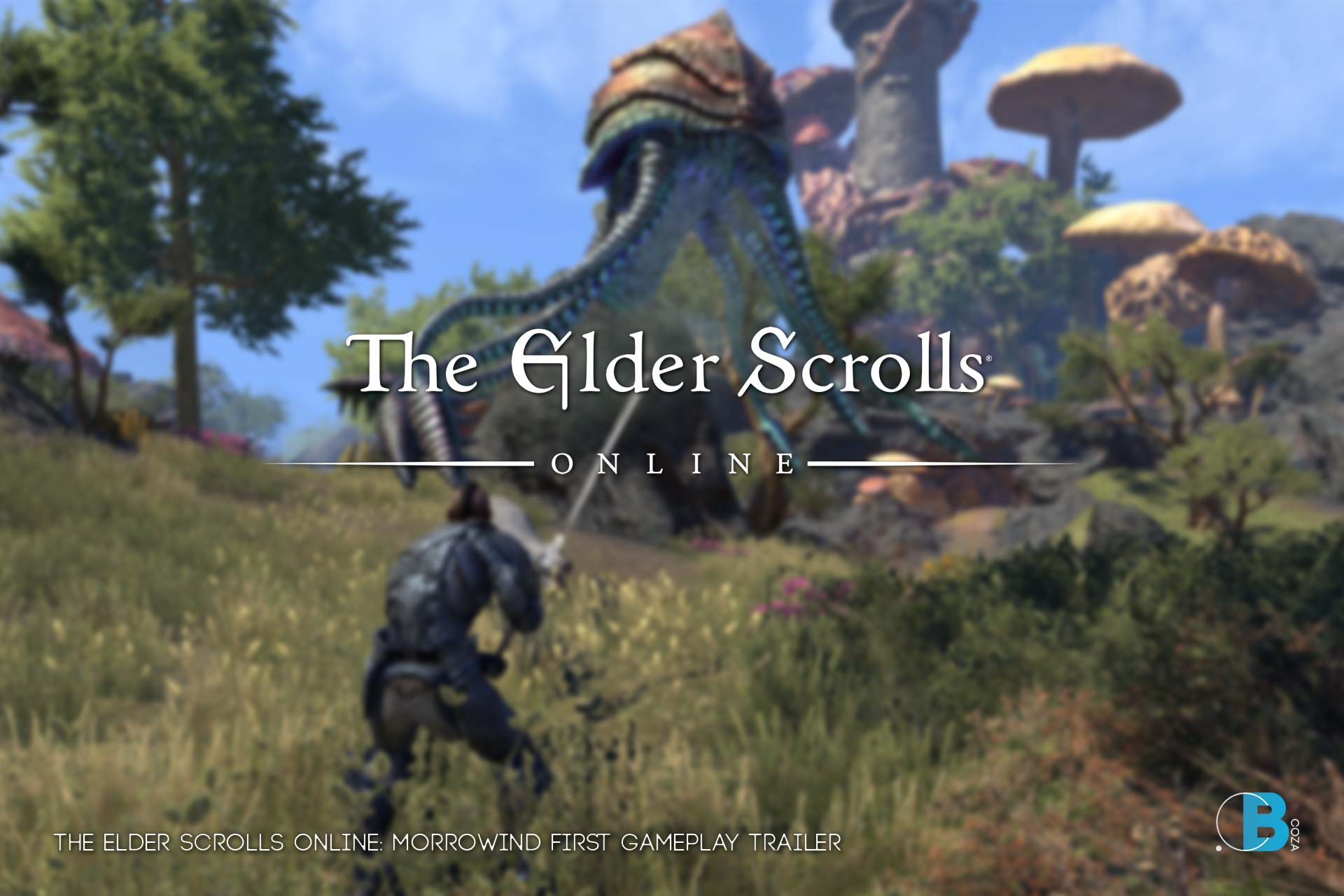 After recently announcing the Return to Morrowind Expansion, we get to see some gameplay footage!

The game’s first gameplay trailer introduces you to the epic saga in which you will return to Morrowind and take up arms to save the world from ultimate destruction. You will see more of the massive new zone, showcasing familiar locations from The Elder Scrolls III like Seyda Neen and Vivec City, as well as some of the new enemies, armor, weapons, and encounters coming to the game this June. You’ll also get a sneak peek at the new player class – the Warden – in action.

The Elder Scrolls Online: Morrowind will release globally for PC, Mac, PlayStation 4, and Xbox One on June 6, 2017. The game is now available for pre-order on all platforms. Please visit www.ElderScrollsOnline.com for more information. Editions available include:

– Collector’s Edition Grey Bear: An exclusive grey War Bear for use while playing as the Warden.
– Armored War Horse: Players can charge into battle atop this steed clad in armor fashioned with ancient Dwarven plate.
– Dwarven Spider Pet: A personal Dwarven Spider is ready for adventure through Vvardenfell.
– Morag Tong Converter: Players can flaunt their commitment to the assassins by customizing their gear with the distinct style of the Morag Tong.
– Character Emotes: Celebrate victory in the battlegrounds with this bundle of exclusive emotes.
– Includes all in-game rewards contained in the Pre-Order Bonus “Discovery Pack.”
– Includes The Elder Scrolls Online: Tamriel Unlimited.

– Dwarven Colossus Statue: Recreated with the help of sacred Dwarven texts, this 12” tall replica of the Colossus that starred in the announcement trailer stands ready to defend treasures.
– Naryu’s Journal: A full-color, large-format book chronicling Morag Tong assassin Naryu’s pursuit of a conspiracy across Tamriel. Illustrated with a broad array of concept art.
– Map of Morrowind: Players can chart adventures throughout Vvardenfell with this handy map at their side.
– Exclusive Game Case: A limited edition metallic case bearing the marks of Vivec and the Tribunal.
– Includes all in-game rewards contained in the Pre-Order Bonus “Discovery Pack.”
– Includes The Elder Scrolls Online: Tamriel Unlimited.

The Elder Scrolls Online: Morrowind will release globally for PC, Xbox One, and PlayStation 4 on 6 June, 2017. For more information, or to pre-order the game, please visit www.ElderScrollsOnline.com.