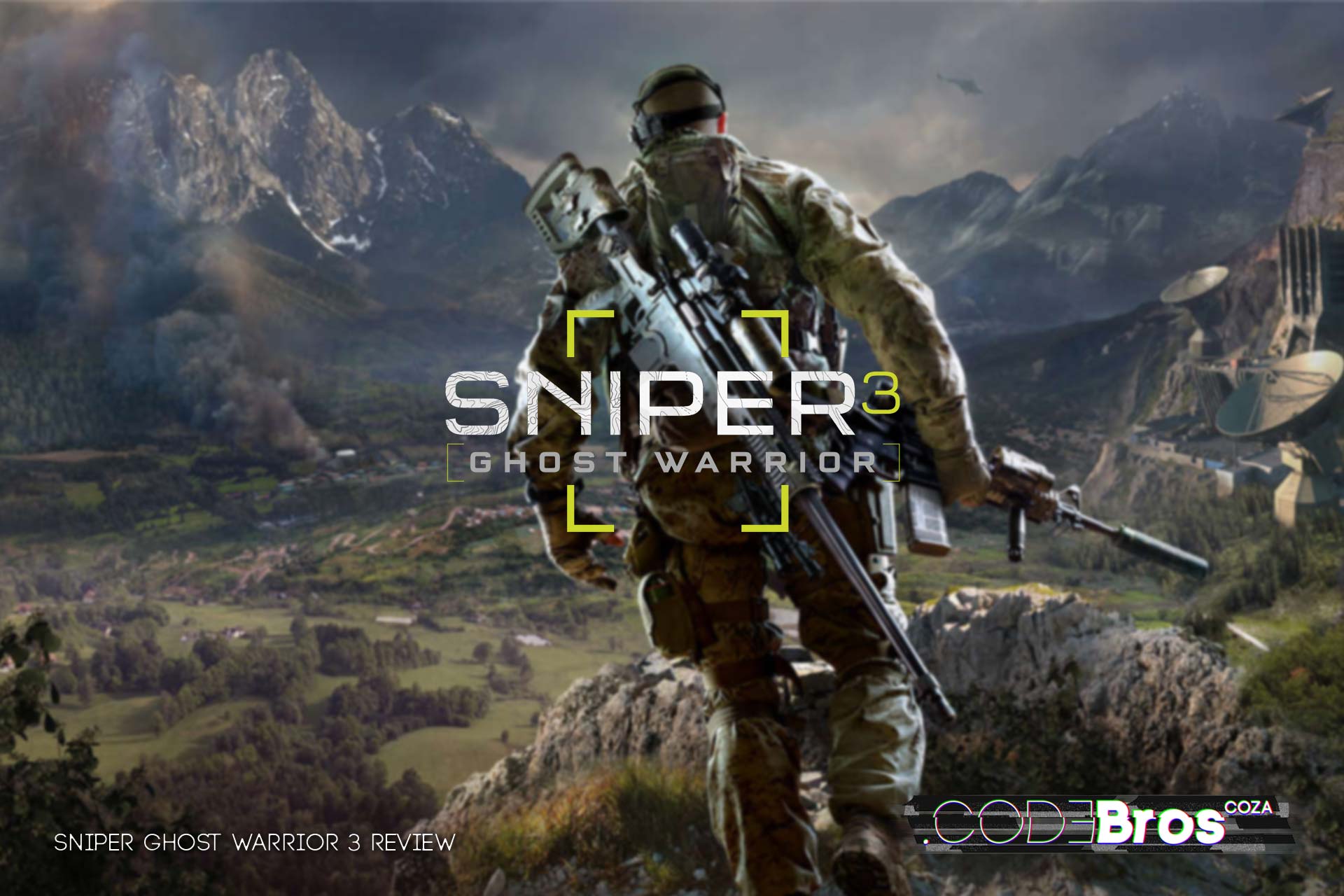 Sakartvelo, a Beautiful Country shaped by Rugged Mountains, Rivers, Deep Valleys and Meadows. This is what I have been calling “Home” for the past two years while in deep cover out here, right on the Balcony of Europe, Georgia (Not in the USA). My name is Jonathan North, known by my “friends” as “Jon” and this, is my story.

I remember the “good ‘ol days”, when Robert and I would give each other hell while trying to prove who the “Alpha Brother” was. I believe it was the time before I shipped out to Afghanistan that changed everything for the both of us. Robert had clearly been training a lot, and rightfully so, because a few years later, we would be side-by-side, the best-of-the-best, Elite Snipers sent to the Russian-Ukrainian border to dispose of abandoned Soviet-Era Bio-Weapons before they fall into the wrong hands.

Why am I here?

The Bio-Weapon Operation did not go as planned, we were ambushed while destroying the Soviet-Bio-Tech. I escaped with my life because, as lady luck would have it, the first two chambers were empty. Robert on the other hand was out of luck. I have not seen him since that day. I must believe that he is still alive and that is why I accepted this remote stationing and why I have been laying low for so long, somehow, Robert will turn up, or at least, some tangible news of his fate.

Frank Simms, my JSOC “Handler” feeds me Intel each time I step out of this Safe-house and keeps me posted after each successful strike, specifically with an open ear for any mention of Robert. We were both surprised to see Lydia join me out here in the Mining Town, especially after what happened the last time we saw each other. Let’s just say that I would have asked her to marry me, a Georgian Loyalist and Ex-Special Forces Sniper, and I know she would have said yes, but as a Marine Captain, when my Squad went down, I had no choice but to go dark. I can only hope that she will see the light. With Raquel on our “side”, we are gaining ground and also starting to unravel the truth behind the Ghost, whom after giving me a close shave with one of his Hi-Tech Sniper Bullets, is known to me only as “Armazi”.

I hope that with the above introduction, I have set the stage for Sniper: Ghost Warrior 3, which is an Open World (Sandbox) First-Person Tactical Shooter developed by CI Games. From the Concept Phase, this title was envisioned to be completely different to the previous two titles, with it’s goal set on being the first AAA-Equivalent release, I can honestly say that CI Games achieved a lot, especially with building the game on the CryEngine (Crytek) Game Engine, which we all know from it’s birth alongside Far Cry back in 2004.

A large amount of research went into the making of this brand-revolutionizing game, specifically with regards to the very Dynamic Weather System and Day-Night Cycles that all have an impact on your overall Mission Performance. I say this, as in real life, Traffic is less at night, Guards are less attentive and are prone to Distraction and Fatigue and lastly, Striking from the Shadows is much more fun when you mow down Separatist Soldiers in the Eternal Shadow cast by the Dead of Night (A bad Pun, I know, I’m Sorry.).

I opted to wait for the cover of night to do most of the Missions, and if I found myself Casting a Shadow, I quickly used the Fast Travel feature to return to my Base of Operations (Safe-house) where I hopped into Bed and set my In-Game Alarm for roughly 18H30 to quickly pass the time before venturing outside again.

The purpose of your Safe-house is to give you some reprieve from the Separatist Forces while you Restock on Ammo, Craft Gadgets, Med-Kits and Weaponry (Bullets, Grenades and Traps) and Customize your Weapons and Drone with Upgrades or Non-Performance-Impacting Cosmetic Skins. You can also Purchase the Equipment that you have unlocked, like Armor and other Sniper Rifles, Sub-Machine Guns and Sidearms using the Weapons Cache feature by spending Currency you earn from each Main Mission, Side Mission, Optional Mission and Exploration.

There are Four Acts to Sniper: Ghost Warrior 3, with each Act consisting of the Main Missions and Region Specific Side Missions. It is a relatively short game and can be completed within a day or two if you want to speed through the meaty content, but there really is a lot more to do in Sniper: Ghost Warrior 3 that can make your experience very enjoyable and special.

Above, I mentioned the crafting, which can either be seen as annoying or challenging, because if you choose to Craft your Arsenal rather than buying your Ammo, you need to Forage and Engage with the Map Rich Optional Challenges and Missions. Each of these reward you with either Collectibles, Resources or Currency. Sometimes, all three! To Craft yourself some Med-Kits, you need Biological Substances, which you gather from Hunting Wildlife, or if you cheat, like I did, hop into your Vehicle and go all Carmageddon in a Field of Cows. Booyah, Loot for Days! A lot of spoils can also be obtained by clearing out Separatist Outposts, which you can also find throughout your Regional Zone. There are a few Regions that are introduced within the Acts as you progress through Sniper: Ghost Warrior 3. Each Region also shows you a list of available Missions, Collectibles and Fast Travel Points (FTP’s), which is a soft motivator to explore more, for the Achievement Mongers like me.

You will find that your Success Rate is a lot higher on attempts if you stick to the “Sniper-Way” and do not run in, Sub-Machine Guns Blazing. You also earn more Sniper XP by clearing out an Outpost or Mission from over 150m away. Something quite fun, are the Head-shot Animation Videos that play-out once you accurately pull the trigger while staring through your Scope with your Breath Held. It is even more rewarding when it is a Moving Target over 300m away… you feel like a baws! These animations show you taking the shot, then zooms out following your bullet and then changes angle toward the unsuspecting victim, who then has a Bloody Close Encounter (Fatal) with your Sniper Point. There is Blood and Gore to a certain level here.

Picking off your Targets in a Strategic Order within the Mission is also very important, because should a Separatist come across a corpse, they alert all the other enemies in the Outpost, making it harder to clear the rest out or Wastes Mission Time, due to you needing to wait for them to all “Calm Down” and return to their Posts. Using your Trusty Drone here would be the best way to Tag all Separatist Soldiers within the Outpost to track their movements. There are Two Other Approaches you can lend yourself to for Mission Success or overall Play-Style, namely playing as a Ghost or Warrior. By playing as a Ghost, you would sneak up behind your foes and take them down with Silent Attacks using a Knife or by Interrogating them for Mission Information to help you reach your objective faster. If you want to be a Warrior, you would Augment your Gear and run through a Zone shooting anything that moves using Assault Rifles, Shotguns, Sub-Machine Guns and Explosives.

Now for the Cold Truth

Sniper: Ghost Warrior 3 is a late arrival for a time already passed, only if you compare it with other similar titles that have released within recent months. The Sound Effects are Shabby, with Special Mention to the Collision Sounds while driving Vehicles. I can only assume that the Menu Music is a very Special Traditional Song from Gorgian Folk, as it repeats without relent, which is especially numbing while the game loads. I honestly wish as much effort went into the Mainline Audio Factor of Sniper: Ghost Warrior 3 like with the Visuals. Despite this point, in the defense of the game’ Composer, Mikołaj Stroiński, the Atmospheric Music within the game was on point. The Load Times of the game are horrific, it would easily take about 2-3 minutes to load you into the game once you clicked on either “Start Game”, “Continue Game” or “Load from Last Checkpoint”. I can honestly say that this is not system based, as I reviewed Sniper: Ghost Warrior 3 on my Acer Predator 17 Gaming Laptop which boasts an Nvidia GeForce 980M GTX GPU, 6th Generation i7 and 32GB of RAM. I would recommend that some tweaks are made and delivered to players through a Core Patch Update. Be sure to see my Conclusion below for my final crit.

Sniper: Ghost Warrior 3 was released without having it’s Multiplayer Section attached, so at the time of writing this review, nothing can be said about the Multiplayer feature and experience, other than it being non existent. I hope that soon this feature will become active, because the majority of gamers desire to take their game experience, rewards and tricks into a PvP Scenario and I would hate for Sniper: Ghost Warrior 3 to lose traction because it limits players to the Solo Campaign. When purchasing the Season Pass, you gain access to Two Major Solo Campaign Expansions, namely, “The Escape of Lydia” and “The Sabotage”. At the time of writing, “The Escape of Lydia” is available and playable already. The Season Pass will also reward you with Two Multiplayer Maps, an All Terrain Vehicle (Solo Campaign), a McMillan TAC-338A Sniper Rifle (Solo Campaign) and lastly a Compound Bow (Solo Campaign).

Sniper: Ghost Warrior 3 hit Gaming Systems World Wide on 25 April 2017 and is available only on PC, PS4 and Xbox One. BT Games is selling the PC Version (Steam) for R555.00, and the Console Versions, PlayStation 4 and Xbox One for R825.00. Note that these prices and links are for the Season Pass Editions. Despite the flaws that I mentioned in the Cold Truth section above, I really enjoyed playing the game content, the mechanics work magnificently well and all the features and choices to your avail are thrilling when all used in conjunction with one another. I often found myself going back to Outposts once they had repopulated, just so I could try take it down again using different tactics, hence, the fun factor is current generation and I can recommend adding this to your PC Games Library right away, unless you would like to rather wait for the Console Versions to become available at a similar price or finding a Pre-Played Version at your nearest BT Games or at The Nexus if you are in Johannesburg. The Story Development is satisfactory and was slightly predictable in it’s “Shocking” Twists, but to the point, you will be Entertained.