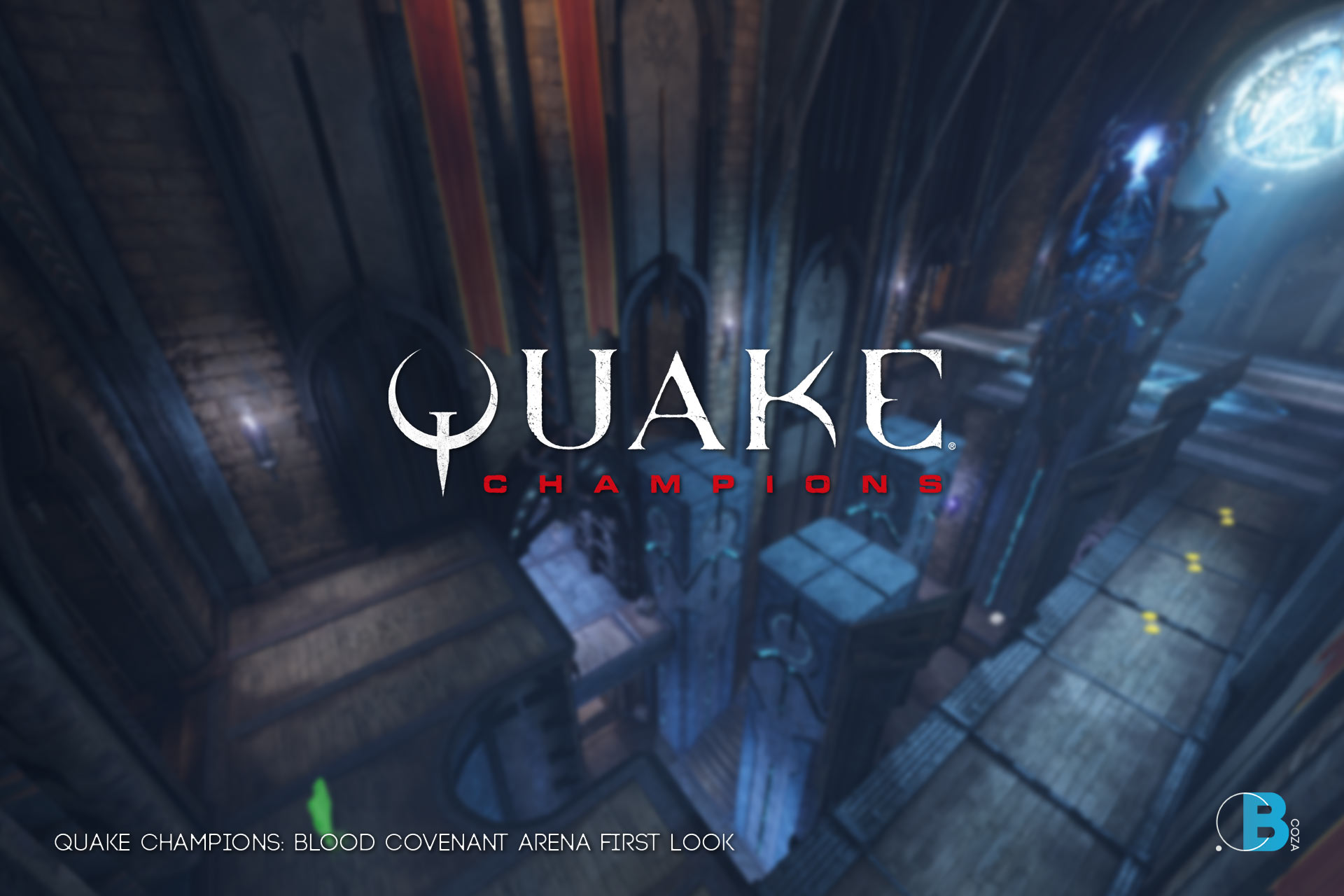 Maps! We get to see the maps! Remastered in all their chaotic glory! Awwwww yeah!

Everybody remembers the amazing multiplayer maps from Quake games past. Deadly Arenas purpose-built for incredible mobility, brutal conflict, and intense, competitive gameplay. Today we’re excited to offer a first look at one of the Arenas from Quake Champions – the unholy Blood Covenant.

Based on one of the most beloved and played maps from Quake III Arena, The Camping Grounds (Q3DM6), Blood Covenant is a modern re-imagining of the legendary Arena. All the favorite sections remain, including the long Jump Pad to the Rocket Launcher, the Quad Damage spawn, the Railgun ledge, and the tightly spaced battles in the Pillars. However, new tricks and secrets await both veterans and new players alike, offering fresh ways to fight, move, and use Champions’ Active and Passive abilities.