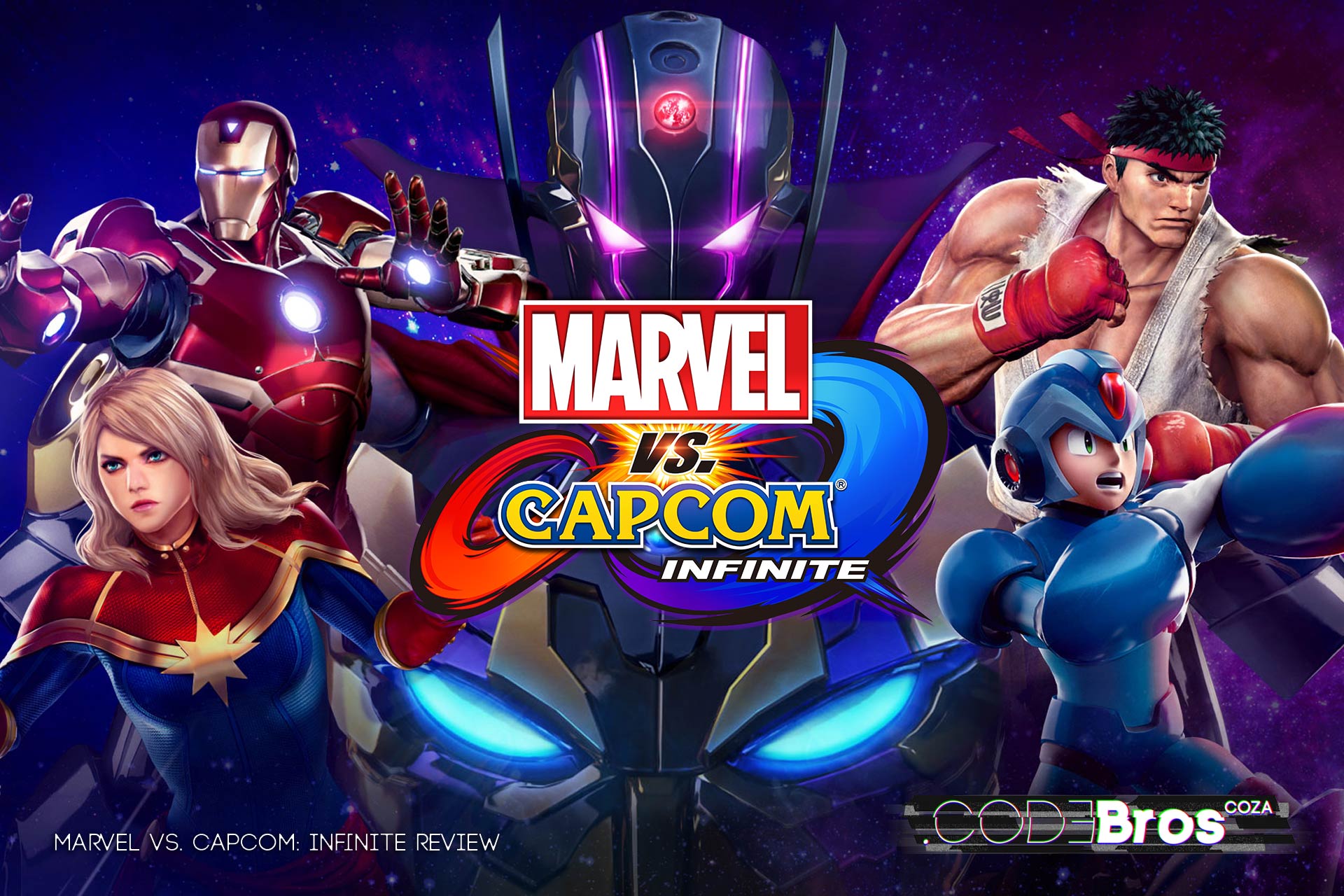 Two worlds collide. Two major threats have merged, spelling doom for the world we love, as well as the new world that has merged with ours. Ultron has two of the Infinity stones and is wreaking havoc. It’s time to call in your favourite heroes to save the day!

Marvel vs. Capcom: Infinite is the newest Fighting game developed by Capcom, and is the sixth entry into the Marvel vs. Capcom series of crossover games, for release on 19 September 2017 for PlayStation 4, Xbox One, and Microsoft Windows. This game has been long overdue, since Capcom lost the use of the Marvel license in 2012, which was shortly after Marvel vs. Capcom Origins. Fortunately, now we see the return of the series after Capcom was able to reacquire the license after Disney dissolved their console gaming division. Infinite is seeing many changes that have been made to the original mechanics, as well as a few new features, such as a larger emphasis on storytelling through a cinematic story mode. I think this is a welcome addition, and the story itself is quite a well written one too!

The story revolves around the heroes from both the Marvel universe and the Capcom universe teaming up against Ultron Sigma, an amalgamation of two of the most fearsome villians from both Universes. Many fans should know who these are, but I’ll do a quick intro for them both just in case. Ultron, the most recognised nemesis of the Avengers, built by Hank Pym that rebelled against its creator and is constantly upgrading himself to be a stronger and more fearsome foe. Sigma is the primary villian of the Mega Man X series as a whole, who was considered to be the finest Reploid (artificially intelligent androids) with circuitry that was meant to prevent him from going Maverick (Reploids who turned against humanity). He was infected with the Zero virus after his encounter with the Reploid named Zero, which caused Sigma to go on a genocidal spree.

Ultron and Sigma decided to create an alliance and after attaining the Space and Reality Infinity Stones, they fused to become Ultron Sigma. They then proceed to fuse the worlds of Marvel and Capcom into a single dimension, which they intend on ruling over by unleashing a cybernetic virus called the Sigma virus that puts everyone under their control, synthetics and organics alike. The heroes must band together to find the remaining Infinity Stones, with the help of the mad titan Thanos, to take down Ultron Sigma, and deal with other problems caused by Jedah Dohma.

The story mode itself is really entertaining. The cinematics start off with Mega Man X teaming up with Captain America, fighting against a horde of Ultron’s drones. You then use the two in a fight against the drones as an introductory to the game, which then systematically introduces us to the rest of the heroes. There was never a dull moment inbetween fights, as the cinematics were filled with events, taking twists and turns you’d never truly have expected. Especially since when I first approached this game, seeing Thanos make an appearance immediately had warning bells going off. So I’m sure you’re wondering if he becomes a helpful asset to the situation? All I am willing to say, because the story is awesome to experience first hand, is that the love-hate relationship is there, but everything happens as it should regardless.

There is humour, drama, even horror, seeing as the characters from Resident Evil are also in this game. Many of our favourites appear, including your friendly neighbourhood  Spider-Man. Admittedly though, the appearance and playability of X and Zero were my absolute favourites in this game. Without giving away much, I will say this, the final boss battle is insanely difficult, but understandably so. I will admit that I rage-quitted, only to find myself being dragged back for another round of getting roasted again.

I haven’t been fortunate enough to play any of the previous installments, but I was pretty excited to get my hands on this one when the opportunity presented itself. The concept of a crossover between these two universes is quite an intriguing one, and I’m sure people who have played this will know what to expect. Though there have been some changes made. Instead of it being a three-on-three fight, the format has now been changed to a two-on-two tag-based system called “Active Switch”. This means you can instantly switch between your two characters to form continuous deadly combos. I believe in the past there were other systems in place that hindered the possibility of a combo system like this. In that case, Capcom has further refined some of their base mechanics.

This game also introduces the Infinity Stones, bestowing players with unique abilities in the forms of Infinity Surges and Infinity Storms, and stat boosts depending on which of the six stones you have selected, such as the Soul Stone allowing you to steal your opponents Health and add it to your own, or the Time Stone shifting your character forward a few yards and granting immunity during that stretch. Knowing and mastering the stones will be a really handy advantage for your fights, and is definitely a fun mechanic!

Aside from the Story mode, there are other modes too, such as Training, teaching you the fundamentals, and a Mission mode, teaching you about every playable character’s movesets and fighting styles. These modes are intensely difficult at times though, as more often than not, you are forced to combo multiple unique and special moves together without flaw in order to complete the “Mission”.

I remember when I had to try to complete one of Dante’s missions, I had to press 10 buttons in sequence with the joystick, flipping it the right direction, and timing the button and joystick shifts perfectly. This was pretty frustrating, because one mistake led to needing to redo the entire combo moveset. More often than not, I did it right, but the game wasn’t happy and decided to reset it anyway. This can really discourage one from the Mission mode, which is actually a lot of fun if it wasn’t for the strictness of it. I hope to see an update in the future that deals with the issue I mentioned, even if it just allows for a few milliseconds grace.

Initiating these combos aren’t all that hard to do either, but precision is the key to this. Capcom is known for needing precision and good timing in their Fighting games, and it continues here. Shift the joystick down, then immediately to the right and press the O and X buttons simultaneously, and you’ll have successfully initiated one of your character’s Special Moves, which can be pretty darn awesome. The control patterns are the same for all characters, but the moves are all completely different. I kind of like this, because it means you don’t need to study and memorise different button patterns for different characters in order to know their moveset. Here you just make sure you know the control scheme and patterns, and then check to see what moveset those button combos have been assigned to. It’s still complicated, but not unnecessarily complicated.

Once you’ve finished the Story Mode and played a few Mission modes, you can head on into the Battle section where you can take on the AI in a custom fight, or play against a friend, or do an Online battle. Seeing as the game hadn’t been released by the time of this review, there wasn’t much in terms of Online battles, but I’ll be sure to have another look after the release of the game. Local Versus is pretty much the same as any other mode, though it is a lot funner playing against a Human. You can even head into Settings to have premade teams ready for Versus battles, choosing your favourite combos and being able to change their Skin.

Overall, Marvel vs. Capcom: Infinite  has been a great game, and from what I can gather out of the research I did, the Story mode that was introduced is a first for the series as a whole, and most of the mechanics are still there, with a few changes and additions that have been made. The story flows nicely and makes perfect sense, incorporating elements from all of the worlds we know and love in a seamless manner. Fans of the series will enjoy this addition to the series. The graphics are good, though I had a bit of a problem with Captain America and Spider-Man having larger Lat muscles than I remember them having, but hey, we’re talking about a crossover between two universes that have no real relation to each other, so it’d be dumb to criticise these things too much (I shall admit, Captain Marvel is my favourite character model). The music is brilliant, giving each character amazing themes for their fights. You can get your own copy, at the time of this review, for Pre-Order from BTGames for PS4 and Xbox One at R825.00 and for PC at R735.00. It might be a bit of a steep price to pay for what is available, but if you’re a major fan, you’ll get your money’s worth. Pre-Order now to get 2 additional skins for Hulk and Ryu! 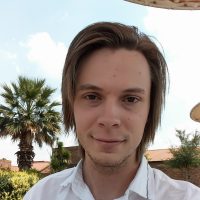