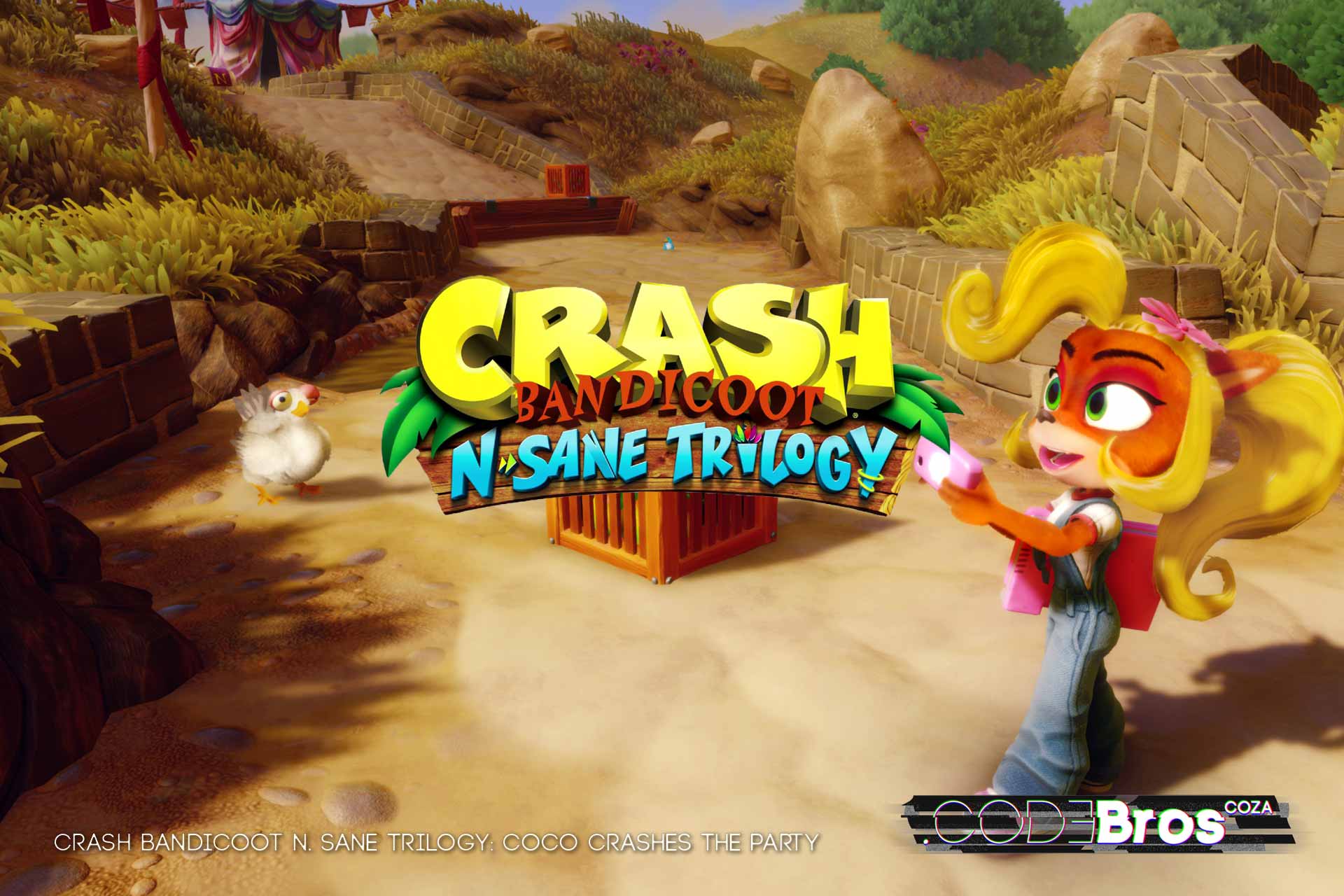 For the First Time, Fans will be Able to Play as Crash’s Sassy Sister in All Three Games!

[miptheme_quote author=”said Jennifer Oneal, studio head for Vicarious Visions.” style=”text-center”]We are so excited to give players the ability to play as Coco in all three games in the Crash Bandicoot N. Sane Trilogy. She’s not just Crash’s little sister, she is a force to be reckoned with. Our vision was to create a modern Coco for Crash fans and newcomers, and we think they’re going to love playing as her.[/miptheme_quote]

In the remastered Crash Bandicoot N. Sane Trilogy, Coco has decided to hack into the Time Twister to travel back in time to help Crash in his previous adventures. Now as a fully playable (and a bit sassy) character across all three games, fans can switch between playing as Crash or Coco. Both characters have an N. Sane set of special attacks – each with their own style! Where Crash body slams enemies, Coco takes them out with the impact of a double leg drop! Fans will love to see all her new moves and animations, including idle moves like dancing with Crash.

[miptheme_quote author=”said Evan Wells, President, Naughty Dog.” style=”text-center”]Activision recently left a nearly complete build of the remastered Crash trilogy at Naughty Dog, and I’ve played all three games. Vicarious Visions took amazing care in maintaining the feel and soul of the originals but brought the visuals up to modern day standards and added a number of new features that’s made them even more fun to play than remembered.[/miptheme_quote]

Full analog stick support and a unified save system and checkpoint system will make it easier for new fans to enjoy the classic adventures. And improved bonus levels and time trials in this epic trilogy will challenge the hardest of the ‘Coot core! Fans will enjoy seeing how they stack up against their friends and other players around the world via the online leaderboards.

Activision and Vicarious Visions are honoring the heritage of Crash throughout the trilogy in a variety of ways, including a fully-remastered game soundtrack packed with all the didgeridoos, xylophones and thumpin’ bass lines you can handle, as well as newly recorded dialogue from some of the familiar voice actors who appear in the original Crash Bandicoot games, including Jess Harnell, Lex Lang and Debi Derryberry, among others.