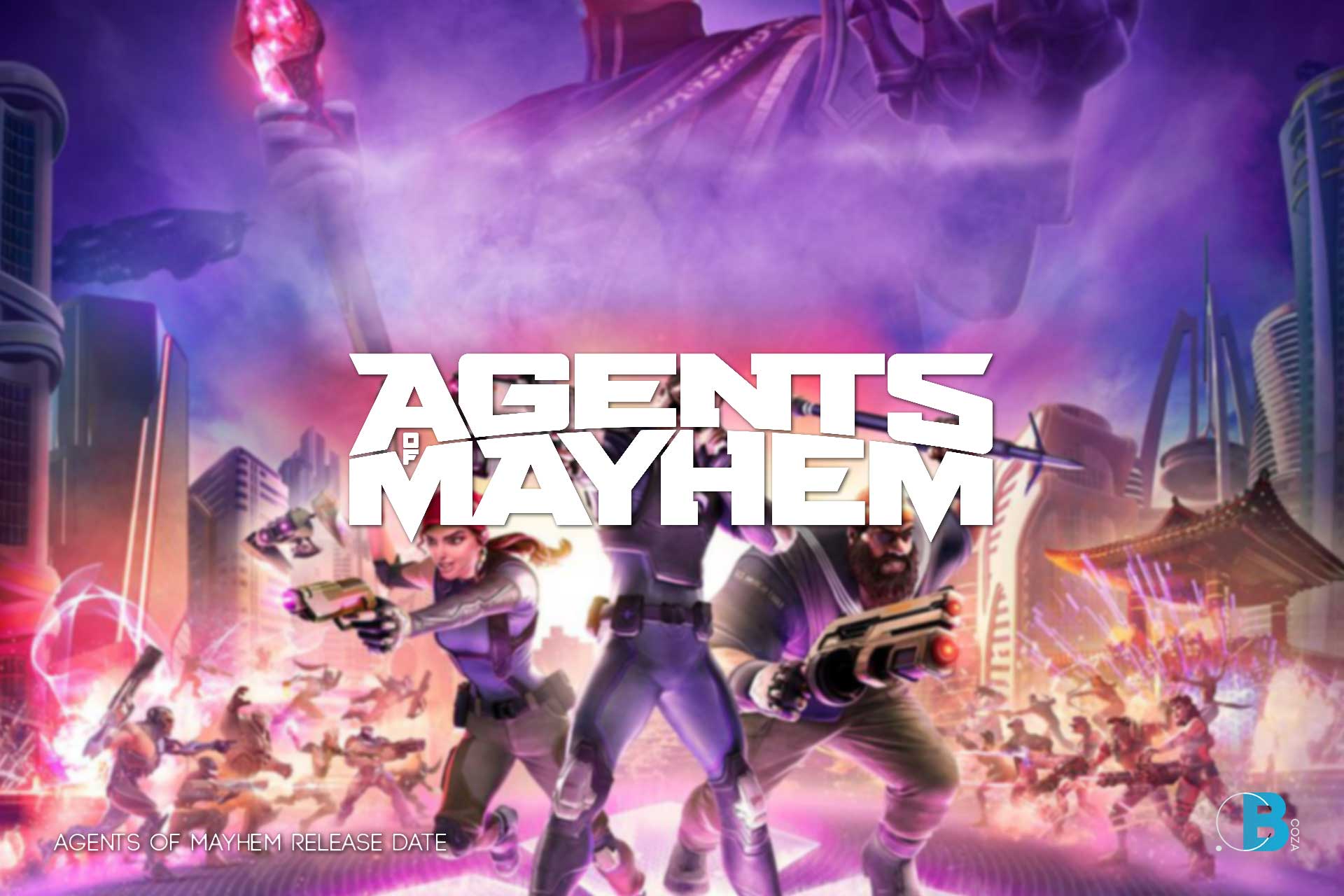 The Agents of Mayhem return in a blaze of massive crotch fired grenade explosions!

The Agents will be kicking into action this August… It’s Mayhem Monday, and the Agents are back! Agents of Mayhem will be releasing on 18th August in South Africa. When they weren’t busy taking down Dr Babylon and generally causing havoc around Seoul, they took a time out to show you a little more about themselves and what they can do.

After the horrors of Devil’s Night, the world was left in ruins from the devastation that the shadowy supervillain organisation Legion had left in its wake. They needed heroes. They got the Agents of Mayhem. In a case of bad versus evil, this elite band of often unstable misfits, armed with a variety of crazy weapons, work under the watchful eye of Persephone Brimstone, Ex-Legion lieutenant, and her girl Friday, to bring down Legion and its mysterious leader, the Morningstar.

Explore the city of Seoul with a team of three interchangeable agents, each with their own distinct look, sense of humour, weapons, and skillset. Players can build their team however they choose, switching from Daisy, a mini-gun wielding, beer-swigging, foul-mouthed derby girl, to Rama, an immunologist with a futuristic bow and energy arrows, to Red Card, a psychotic football hooligan with a temper that can literally clear a crowd. With a toy box of twelve unique agents to choose from, players can jump between notable TV star/pretty boy Hollywood, to sky pirate and internationally infamous thief Fortune, as the mission demands.

So kick back, cue the action music and find out how to create your A-Team of agents! Agents of Mayhem is a single-player, open-world, third-person action game for the PS4, Xbox One, and PC gaming systems releasing on August 15th in USA / August 18th in all other territories. For more information and to get the latest updates on the game, follow us on Twitter at @aomthegame or on Facebook at Facebook.com/aomthegameuk, or visit aomthegame.com.

About Agents of Mayhem
Agents of Mayhem is an single-player, open-world, third-person action game for the PS4, Xbox One, and PC gaming systems. Fun, funny and full of high-action moments and laugh-out-loud scenarios, in Agents of Mayhem, you run a no-holds barred operation against the shadowy super-villain organization, Legion, fighting to take back the world after the horrors of Devil’s Night.
Explore the futuristic city of Seoul with a team of three interchangeable agents, each with their own distinct look, sense of humour, weapons, and skillset, with only one aim: to destroy Legion, its operatives and their vile plans to take over the world.

About Deep Silver
Deep Silver develops and distributes interactive games for all platforms. The Deep Silver label means to captivate all gamers who have a passion for thrilling gameplay in exciting game worlds. Deep Silver works with its partners to achieve a maximum of success while maintaining the highest possible quality, always focusing on what the customer desires. Deep Silver has published more than 200 games since 2003, including its own brands like the open world extravaganza Saints Row, the zombie action franchise Dead Island, and the grim post-apocalyptic future of the Metro series. Upcoming highlights from Deep Silver include Dead Island 2 and Agents of MAYHEM. Deep Silver also owns the development studios Deep Silver Dambuster Studios in Nottingham, UK; Deep Silver Fishlabs in Hamburg, Germany, and Deep Silver Volition based in Champaign, IL, USA. For more information please visit www.deepsilver.com

Koch Media is a leading producer and distributor of digital entertainment products (software, games and films). The company’s own publishing activities, marketing and distribution extend throughout Europe and the USA. The Koch Media group has more than 20 years of experience in the digital media business, and has risen to become the number one distributor in Europe. It has also formed strategic alliances with numerous games and software publishers: Bethesda, Capcom, Kaspersky Labs, NC SOFT, Sega, Square Enix and Tecmo-Koei, etc. in various European countries. With Headquarters in Planegg near Munich/Germany, Koch Media owns branches in Germany, England, France, Austria, Switzerland, Italy, Spain, the Nordic regions, Benelux and the United States.
All product titles, publisher names, trademarks, artwork and associated imagery are trademarks, registered trademarks and/or copyright material of the respective owners. All rights reserved.